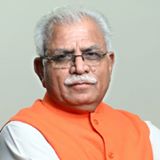 Chandigarh, March 28  The Haryana cabinet on Monday cleared the bill that proposes to provide reservation to five communities, including the politically-dominant Jat community.

The bill is likely to be brought in the state assembly later on Monday.

Khattar had made it clear that the existing 27 percent reservation for Other Backward Classes (OBCs) in the state would not be disturbed. The OBC community is opposing inclusion of Jats in their category for reservation.

A five-member committee under the chairmanship of the chief secretary was formed earlier this month to prepare draft of the Bill to grant reservation under the ambit of constitution.

The Jat community has extended its deadline for the reservation demand till March 31.

The Bharatiya Janata Party government in the state had promised reservation for the Jat community and others after the recent Jat agitation for reservation left the state paralysed for nine days.

A total of 30 people were killed and over 320 injured and property worth hundreds of crores of rupees was destroyed as the agitation turned violent.