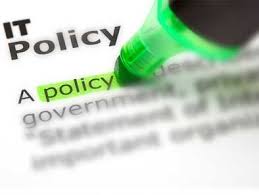 Haryana: Haryana Chief Minister Manohar Lal Khattar announced that his government would soon unveil a new Information Technology policy to make the state an attractive IT destination. “A new IT policy will be announced soon,” Khattar said while speaking at the NASSCOM Product Conclave in Gurgaon where Haryana Government signed a MoU with them to set up a ‘Start-up Warehouse’ in Gurgaon. Khattar said that with the setting up of modern Startup Warehouse, the promising youth of Haryana would get ample employment opportunities and exhibit their talent.

He appealed to the organisations like HARTRON and NASSCOM to identify the promising youth of Haryana and make them employable by imparting training in IT, according to an official release. According to the release, Khattar pointed out that “today the youth were going to other countries because in our country, they have less opportunities and it was leading to brain-drain”. While Principal Secretary, IT, Devender Singh signed the MoU on behalf of Haryana Government, the President of NASSCOM, R Chandrashekhar signed on behalf of the NASSCOM.

Meanwhile, the Chief Minister said that the state government has adopted the policy of zero tolerance towards corruption and reiterated the government’s commitment to eradicate the menace from the society and provide transparent administration. He said that the government has started e-registration, e-stamping and has set up common services centres to facilitate the people. With a view to redress grievances concerning police, a portal namely ‘HarSamay’ has been set up.Courtesy: yourstory.com