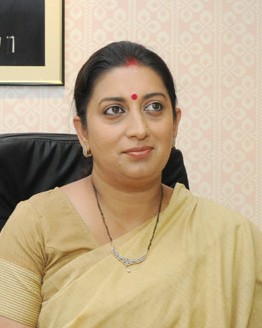 Union HRD Minister Smriti Irani today asked the Uttar Pradesh government to pay special attention to the security of women and children in the state.“Uttar Pradesh government should give special attention to the security of women and children… The state of security here is not good,” Irani said.Irani, who had unsuccessfully contested the Lok Sabha elections from Amethi seat against Congress Vice PresidentRahul Gandhi, visited the district for the first time after becoming a Union Minister.Terming her defeat as “unfortunate”, she said: “But the people of Amethi have big expectations from me and I will try to live up to them.”She also took a dig at Gandhi saying people of Amethi did not have any expectations from the present MP.The Union Minister, who was given a warm welcome by party workers, visited Inhauna village,BHEL Jagdishpur and Musafirkhana in the district.