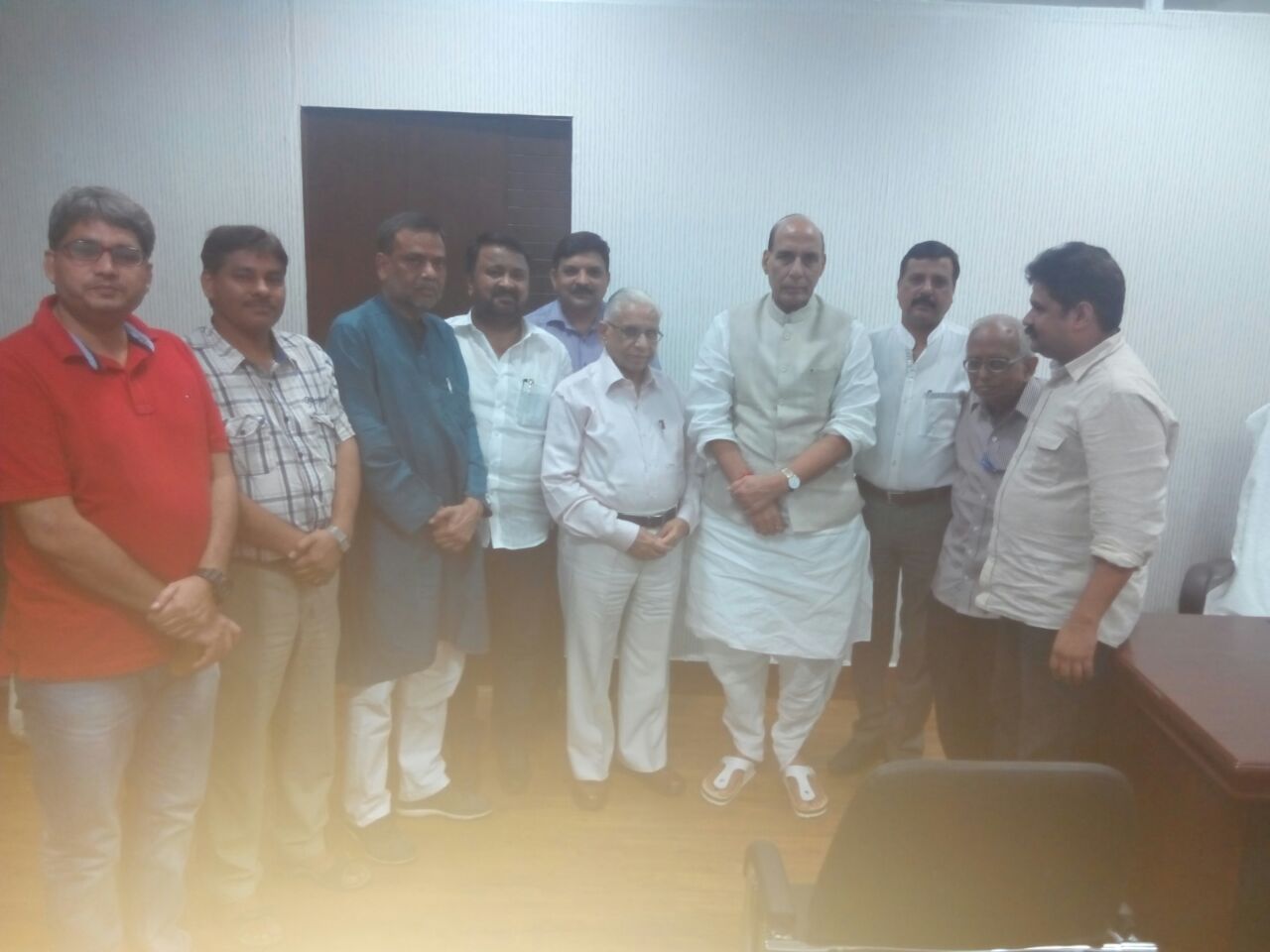 A high level delegation of the National Union of Journalists (India) called on the Home Minister seeking justice to Mr Ashok Pandey whoes house was demolished in Dehradun after he conducted a sting operation against Mohd. Shahid , PS to Chief Minister Harish Rawat. The NUJ(I) delegation demanded CBI probe into the matter and sought full security to Mr Pandey and his family. The delegation apprised the Home Minister of the whole incident in detail. Ashok Pandey told that after the sting operation the state government immediately ordered demolition of his home without even serving prior notice. He alleged that the State government has also filed a false case against him and is harassing his friends and relatives also.