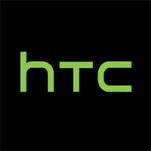 CHANDIGARH: Mobile handset maker HTC said it is eyeing almost three fold jump in its market share to 15% as it focuses on ramping up distribution network and service support to strengthen its foothold in country’s growing smartphone market.

The company said it also intended to launch smart phone with less than Rs 10,000 price range though it ruled out launching phones in the price range of Rs 5,000- 6,000.

The company said it presently had about 3-6% market share in the country’s mobile handset market.

“We are focusing on increasing our reach and ensuring consumers have access to our after sales service support to gain market share,” Siddiqui said.

“Currently, we are selling through 4,000 multi brand outlets and want to increase it to 7,000 outlets in the next six months,” he said.

The company has planned to expand after sales service network to 400 shops from the present 250.

Asked about launching more handsets, he said the company will come out with 3-5 new models with a price range between Rs 20,000 to Rs 40,000 by December this year.

He said it was also looking at bringing out mobile phones in the price range of less than Rs 10,000.

Country’s smartphone market is projected at 25-26 million units this year, out of which 50% will be of handsets priced at less than Rs 10,000.