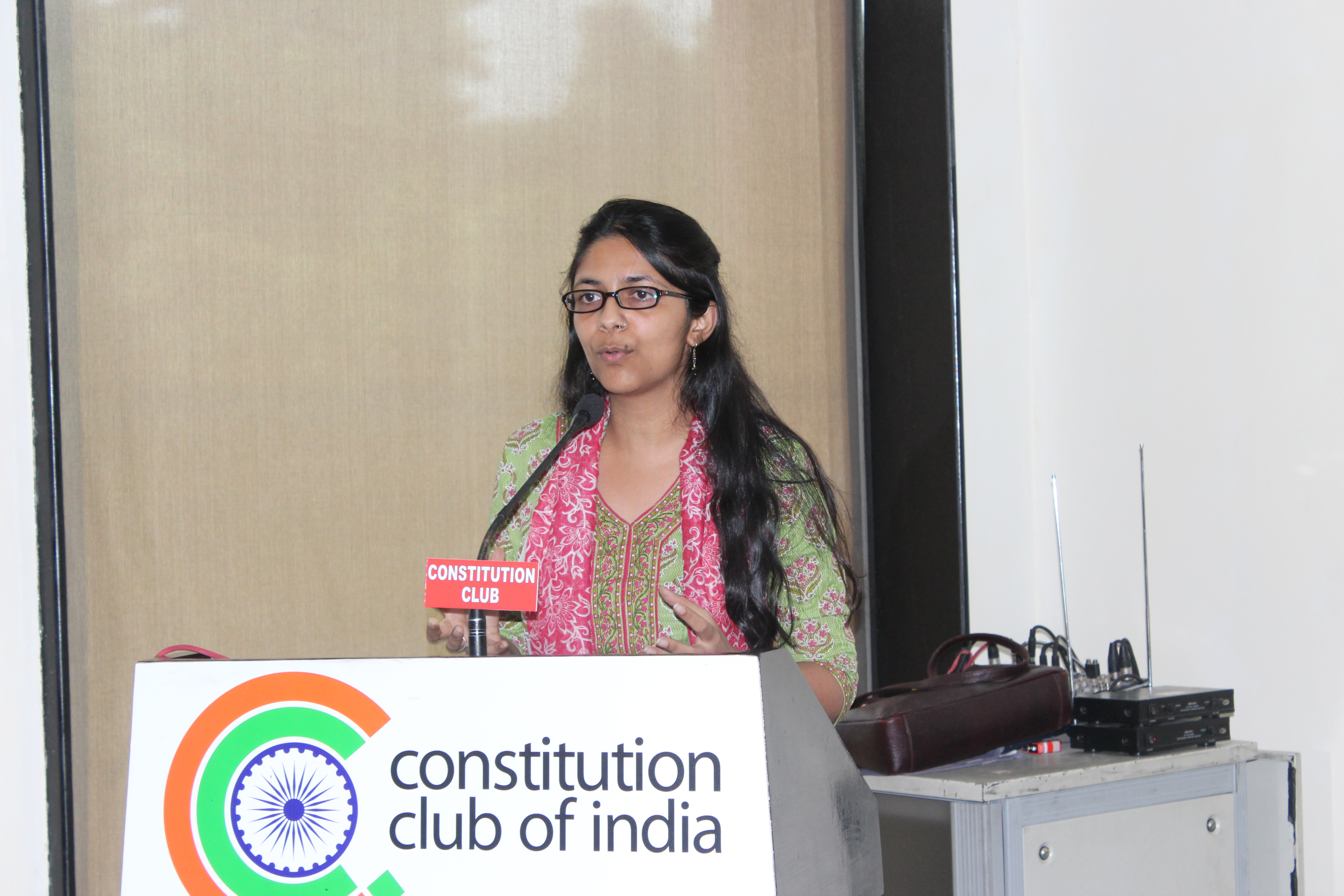 Delhi Women Commission Chief Swati Malliwal said that prostitution and human trafficking are blot on the society and need to be eradicated, but that can happen with a stronger response by the state. She was speaking at a National Consultation on Human Trafficking on Indo-Nepal Border; post earthquake perspective organized by PAIRVI on 3rd and 4th August at Constitution Club of India, New Delhi. More than 50 organizations working on human trafficking in India and Nepal participated and expressed keen concern over rising trend of human trafficking along the border. Ms. Swati Malliwal also said that she is committed to bring significant change in the lives of women who are pushed into trafficking and prostitution. She lamented the present scenario where society is disinclined towards reducing prostitution for the fear that it may impact safety of women from the so called ‘respectable families’. She expressed her commitment to bring down trade on women, improve living conditions of women in rescue homes and launch a drive against placement agencies luring women for sex trade. She announced the soon to be launched Trafficking Committee of Delhi Commission for Women (DCW) that plans to work together with the centre, state and NGOs on the issues.

NGOs asked the government of INDIA and Nepal for stronger laws and improved implementationof the laws to curb human trafficking along the Indo-Nepal border. Mr. Ajay Jha from PAIRVI said that trafficking has risen sharply after the earthquake in Nepal and girls and women are being lured to sex trade on the false promises of giving them job and marriage. These girls are sold at various destinations in India and via India to Pakistan, West Asia and China etc. He said that PAIRVI organized consultations in bordering states of Nepal, which attested the fact that migration and also trafficking has seen a spurt post earthquake. Mr. Amod Kanth, from Prayas said that Prayas estimates that 1001 children have been rescued in the last 4 years, and NGOs on both side need to work intensively to curb human trafficking. Mr. Ashok Singh, DIG, SSB said that SSB has rescued over 100 victims in 2015, which shows a rise in trafficking as compared to the last three years. The trend of migration shows the increased trafficking after earthquake in Nepal, Mr. Singh added. Ms. Radha Bhatt from GPF said we also need to look into core reasons of fractured social fabric where father sells the daughter, and brother sells the sister without any compunction. Mr. Murari Kharel, Regional Director of the NHRC, Nepal shared the NHRC Nepal’s efforts in curbing the human trafficking and expected increased political response and cooperation from India. Mr. Ashok Bikram Jairu (Nepal National Social Welfare Association) representing an Indio-Nepal joint operation group of the CSOs, said that they have been working at both source and destination at various places in Nepal and India but have faced difficulties in rehabilitation from India. Mr. Rishikant from Shakti Vahini said that Ministry of Home Affairs took very strong safeguards in the wake of earthquake and some of the states also took strong measures however, we need to strengthen our institutional responses. Dr Jitendra (Dehat) said that efforts at bilateral, institutional, operation and people to people are required to curb human trafficking between India and Nepal.