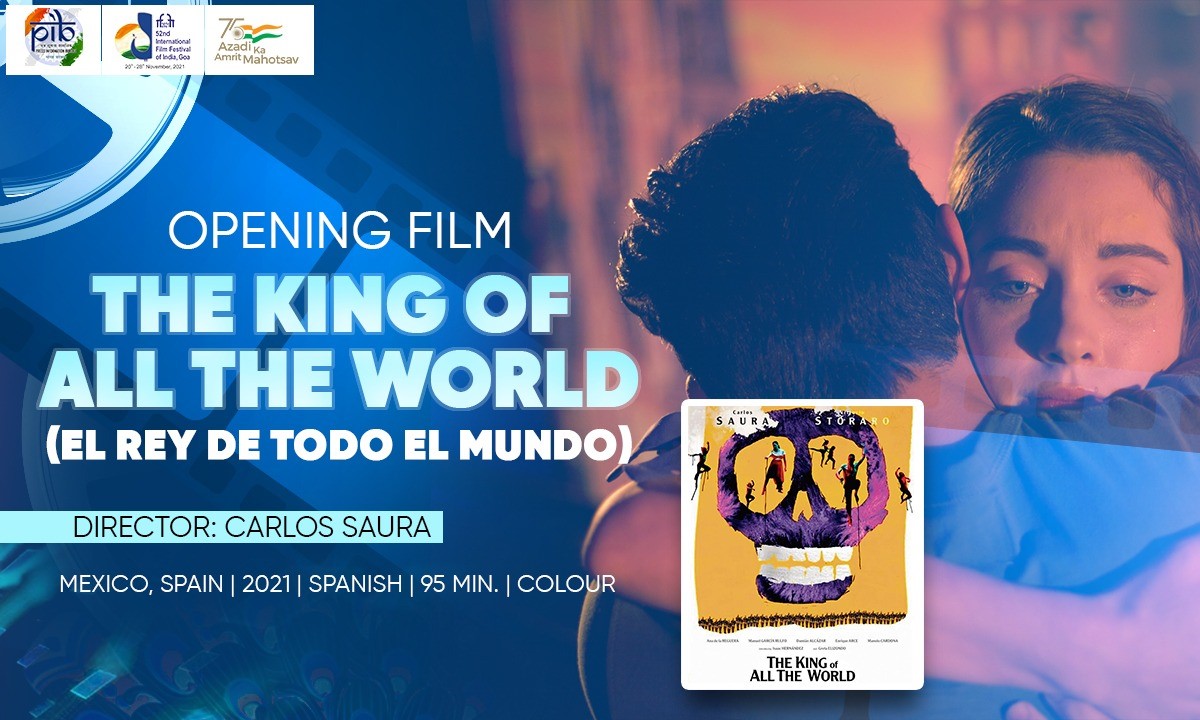 If music be the food of love, satiate your love of films with ‘The King of all the World’

Asia’s oldest and largest celebration of films is set to open with a musical which is sure to summon our innate human appreciation for the power of music and its boundless power to nurture and create bonds. Yes, the 52nd edition of the International Film Festival of India is going to begin with ‘The King of all the World’ (El Rey de Todo El Mundo’), a Spanish musical drama about the making of a musical show.

Directed and written by Carlos Saura, the Mexico-Spain co-production is an artistic attempt to connect Spain and Mexico and recover the connection that existed between the two countries, by mixing music and dance in both new and modern versions.

The film follows the story of celebrated Mexican choreographer Sara who is invited by stage director and Sara’s ex-husband Manuel G to help him prepare a new musical show. The film also has a young Ines who will appear as a rising star while dealing with her father and local mob.

The film which seeks to explore the threads that bond the two nations together features a stellar cast of actors and dancers from both countries. Led by Ana de la Reguera, Manuel García Rulfo, Damián Alcázar, Enrique Arce, Manolo Cardona, Isaac Hernández and Greta Elizondo.

IFFI 52 delegates will embark on the nine-day celebration of cinematic excellence with an immersion into the musical confluence of tragedy, fiction and reality. The film festival is being held in Goa in hybrid mode, during November 20 – 28, 2021.