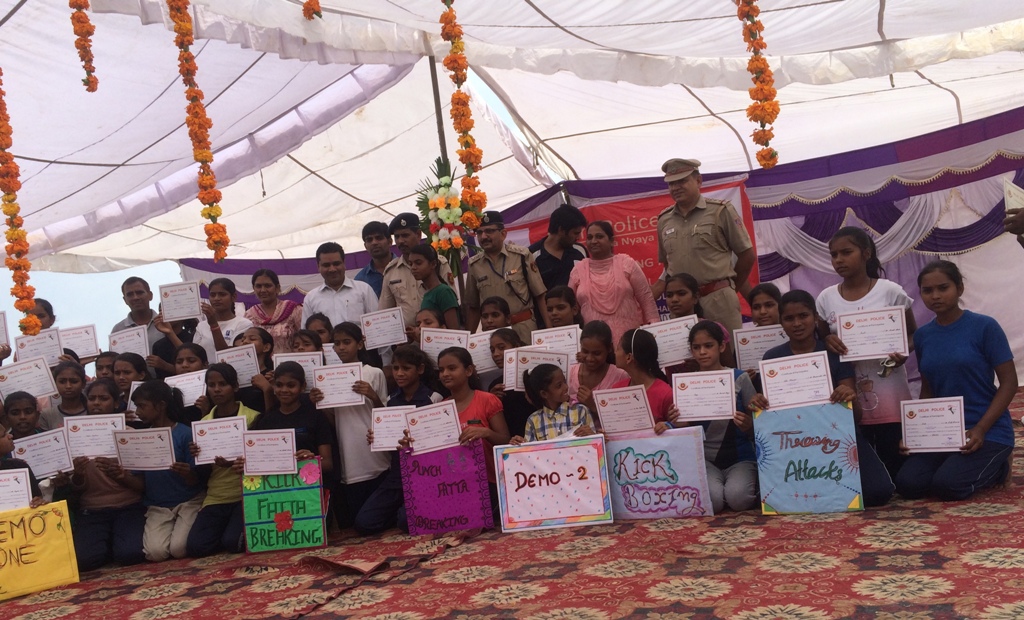 Events
August 4, 2015 sarkarimirror as many as 1302 girls of Govt. Girls Sec. School, In the series of “Say No to Fear” program, Janta Vihar, Mukundpur Part- I

In the series of “Say No to Fear” program, as many as 1302 girls of Govt. Girls Sec. School, Janta Vihar, Mukundpur Part- I, Bhalswa Dairy have been imparted Self Defence Training under the aegis of Parivartan Cell of North-West District. Students from class 7th and 8th participated in the self defense training programme concluded today. It was 15 days training programme. Techniques imparted to the participants included punches – upper, middle, lower, knife attack, board breaking etc. The participants presented demo of the techniques which they learnt during training program. The Demo of breaking tiles in fire by a girl was applauded by the audience. A similar programme was organized at D.A.V Public School, Nimri Colony, Ashok Vihar in which 155 girl student were imparted self defence training. 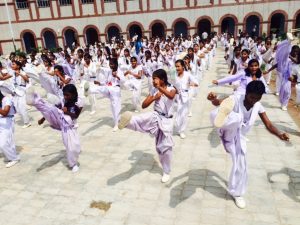 On sharing their feedback the participants expressed confidence and felt different in term of their safety after undergoing the self defense training. The undersigned called upon them to continue practising of the techniques they learnt during the camp. It not only instills a sense of confidence but also help in inculcating discipline, commitment and self-belief. The training would prove to be a milestone in their life. During interaction, the teachers were stressed upon to build confidence among the students so that they could share their problems without hesitation and report to police if they come across any abnormal behavior of students.
The programme began with lightning of lamp followed by reciting Saraswati Vandana. School girls also organized a NUKKAD NATAK on the theme “Anti-foeticide (girl child)”. The message of the NATAK was not to indulge in girl foeticide, girls are equally precious and deserve full opportunity of development like boys. They also presented a demo as to how to deal with a stalker. The presentation of ‘Qawali’ underscoring the spirit of secularism and humanity was mesmerizing. The participants were given away certificate on completion of self defence training successfully.
Sh. A. P Singh, Principal of the school, also graced the occasion. The undersigned thanked him for arranging logistic to make the programme successful. As many as 6,888 girls have been imparted self defence training under the aegis of Parivartan Cell of North-West District during the current year 2015.
(N. Gnanasambandan) IPS,
Dy. Commissioner of Police
North West District, Delhi