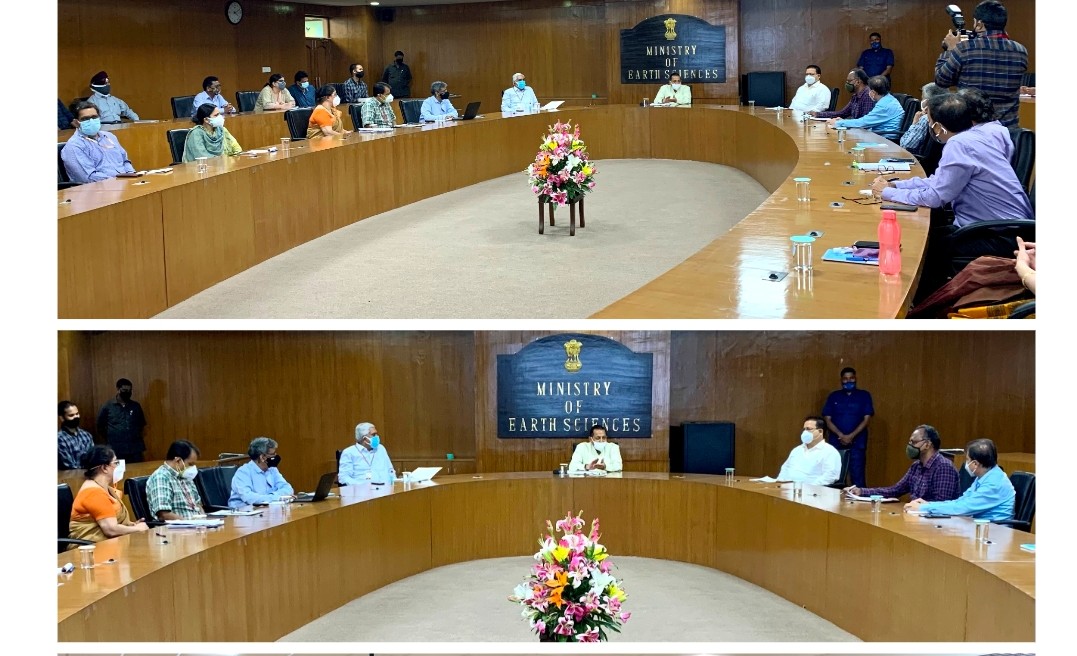 Addressing the scientists in the Ministry of Earth Sciences here today, the Minister reiterated the importance of exploring the ocean to give further fillip to the growth of country’s economy. He said, this could be a new avenue to supplement the country’s economy to the tune of an estimated Rs. 110 billion. “Deep Ocean Mission” planned by the Ministry of Earth Sciences will be carried out in collaboration with Indian Space Research Organisation(ISRO) and it will be a major step in the direction of integrating and bringing together the efforts of the different streams of science operating under different Ministries in the government, he said.

In addition, Dr Jitendra Singh said, the “Deep Ocean Mission” will also have far-reaching benefits for the common man. For example, it could help in providing clean drinking water and explore the avenues of desalination of water as well as extracting minerals from the ocean belt.

The Minister directed the officials of India Meteorological Department (IMD) to use social media platforms more effectively, so that accurate information can be disseminated quickly. Achievements of the Ministry, especially those benefiting the common man need to be highlighted through the Media, he said. He urged the officials to cut down on wasteful expenditure and explore the feasibility of merging autonomous bodies under the Ministry.

Director Generals, senior scientists and officials of the administrative wings of the Ministry attended the review meeting.

The Ministry of Earth Sciences has ten Institutes including five autonomous bodies under its ambit. The Ministry carries out its research & development and operational activities under five major umbrella schemes.