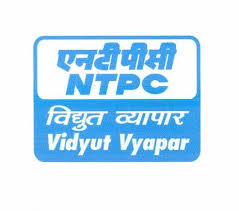 New Delhi/Kushtia, India Saturday began supplying power to Bangladesh through a new transmission line, a step that Indian Prime Minister Manmohan Singh said would strengthen their bonds of friendship and add a rich new dimension to their bilateral ties.

The coal-fired electricity is to add 175MW of power to Bangladesh’s national grid and be increased in phases — 250 MW in November and a further 250 MW increase by the end of the year.

The government-to-government contract allows Bangladesh to buy power from India at a lower rate.

Hasina arrived in Bheramara, about 240 km from Dhaka, by a helicopter in the morning for the inauguration. She was joined by India’s New and Renewable Energy Minister Farooq Abdullah,

After landing, she spoke to the Indian prime minister through video conferencing.

Manmohan Singh said with inauguration of the grid line a “shared aspiration of our people has been translated into a concrete outcome”..

He said the initiatives “being undertaken today strengthen the bonds of friendship between India and Bangladesh and add a rich new dimension to our bilateral relations. Economic development is the biggest challenge for all countries in South Asia. Our

Manmohan Singh said that India and Bangladesh have shown that “we can pursue cooperative endeavours to harness the boundless economic potential of our relationship based on the principles of equality, sovereignty and mutual prosperity”.

“I look forward with confidence to a future of deeper cooperation in energy and all other dimensions of our relationship,” he said.

Speaking in Bheramara, Hasina said that the import of 175MW of power through the joint transmission plant was a gesture of friendship between Bangladesh and India.

She also spoke on the ongoing efforts to import another 500MW of power from India and another attempt to purchase electricity through the Nepal-India-Bhutan tripartite agreement.

The power grid line is a 100-km double circuit 400-kV transmission lines installed from Baharampur in India to Bheramara in Bangladesh of which 73.5 km fall within India and 27.36 km in Bangladesh.The $199 million project was partly financed by Asian Development Bank (ADB) with a $112 million loan.

India’s state-owned transmission utility, the Power Grid Corp, built and financed the infrastructure on the Indian side.

Both sides also laid the foundation stone for the 1,320 MW Maitri Thermal Power Project at Rampal, being developed by the Bangladesh-India Friendship Power Company, a joint venture of NTPC Ltd and the Bangladesh Power Development Board. It is slated to be Bangladesh’s biggest-ever joint venture coal-run power project.