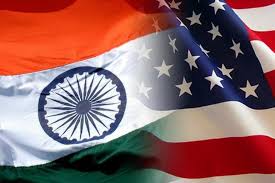 Current News
December 1, 2016 sarkarimirror Dec. 1: In a bid to boost India’s engagements with Latin America and the Caribbean in business and trade, New Delhi

New Delhi, Dec. 1: In a bid to boost India’s engagements with Latin America and the Caribbean in business and trade, Minister of State for External Affairs V.K. Singh on Tuesday addressed chief executives of companies at an Indian Business Forum in the Mexican city of Guadalajara on Tuesday.

On Monday, addressing the Seventh India-LAC Conclave, Singh said that the region could play an important role in India’s foreign policy initiatives like membership in the Nuclear Suppliers Group (NSG) and reforms in the UN Security Council.

“Building upon New Delhi’s dialogue with the troika of foreign ministers of the Community of Latin American and Caribbean States (CELAC), the two sides are exploring possibilities of forging an ‘India-Latin America and Caribbean Dialogue Mechanism’ similar to that of the ‘India-Africa Forum Summit’,” Singh said at the inaugural session of the conclave.

“The LAC region is also critical to the ongoing drive for reforming the global governance architecture; including the reform and expansion of the UN Security Council, and India’s ambition to become a member of the Nuclear Suppliers Group — of which Brazil, Argentina and Mexico are existing members,” he said.

India’s bid for NSG membership was stalled in its June plenary in Seoul by China on the ground that for a country to become a member of the 48-nation bloc, it should be a signatory to the nuclear Non-Proliferation Treaty (NPT).

But Argentina, Brazil and Mexico have all backed India’s NSG membership bid. The membership is crucial for New Delhi in its plans for generating clean energy.

This apart, Brazil is also one of the G4 nations — with India, Germany and Japan — that are seeking permanent seats on the UN Security Council.

Singh said that India attached great importance to its relations with the LAC region.

“India enjoys warm and friendly relations with each of the countries in the region. The economic engagement inter-twining India and the LAC region is complemented by the cultural affinities and connections,” he stated.

“The presence of about one million Indian diaspora in the LAC region adds a special dimension to the relationship.”

Singh said that India and the LAC, home to around 1.8 billion people, were continuously looking to ramp up this multi-faceted engagement and open new doors for mutually invigorating partnership.

He added that in an uncertain global economic landscape, India, as the world’s fastest growing economy, was betting big on Latin America as “an emerging growth pole of the world”.

“With a combined GDP of over $4 trillion, the LAC region remains a formidable economic force,” he said.

Singh said that the LAC region was poised to grow in importance for India’s energy security as it currently accounted for around 18-20 per cent of India’s oil imports.

Stating that the India-LAC commercial relationship has grown tremendously since the turn of the 21st century, he said: “Trade has grown from $2 billion in 2001 to a high of $50 billion in 2015, and cross-county investments currently total roughly $23 billion.