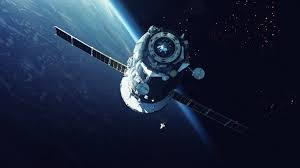 Highlighting the huge mismatch in India’s demand for and supply of satellites, Indian Space Research Organisation chief A.S. Kiran Kumar has said that the country needs more than double the 42 satellites it currently has to meet its basic requirements.

“We have about 42 satellites in operation but what we need for the country is probably more than double of this for…observation activities, in terms of communication requirements and navigation,” Kumar said.

Kumar was in conversation with Shekhar Gupta, Editor-in-Chief of ThePrint, and Manu Pubby, Deputy Editor, at ThePrint’s Off The Cuff event which will be telecast this weekend.

Indian satellites are catering to only about 30-40 per cent of the country’s DTH (direct-to-home) broadcast sector needs, Kumar said. Low-earth orbiting satellites used for surveillance take more than 90 minutes to go around the earth, underscoring the need for a large number of constellations of such satellites to look at specific spots for a finite period, he added.

One way to bridge this demand-supply gap is to increase the number of launches so that it becomes more cost effective, the ISRO chairman said. But these launches also have to be done from India as the country cannot afford to use expensive foreign services.

“If you go outside and get them launched you’re going to pay huge amounts of money for that,” Kumar said. “In the next five years for example, we have more than 60 launches to bring to a level where the country’s requirements of observation, communication and navigation can be met with the number of satellites we are going to put”.

While ISRO has been working with the private sector to increase the numbers of its satellites and launches, this partnership needs to be boosted to not only cater to growing Indian demands but also the large global market, he said.

“While they can supply to India itself a certain amount, they can also capture a certain part of the global market, which is actually a very significant market,” Kumar said.

“We have systems that can be cost effective but unless we use them in large quantities and launch them, we will not be able to provide launch services to others”, he said.

He explained that initially it did not make commercial sense for private firms to enter the space sector although they gained immensely in terms of intellectual capability. But the with expansion of the market and the growing demand for launches, the private sector stands to gain commercially as well, he said.

Kumar also sought to dispel fears about more satellite launches leading to more debris in space over time. “Probably, what we need to appreciate here is the altitudes at which these satellites are put are such that within a finite time they will decay…and not form part of the debris,” he said.