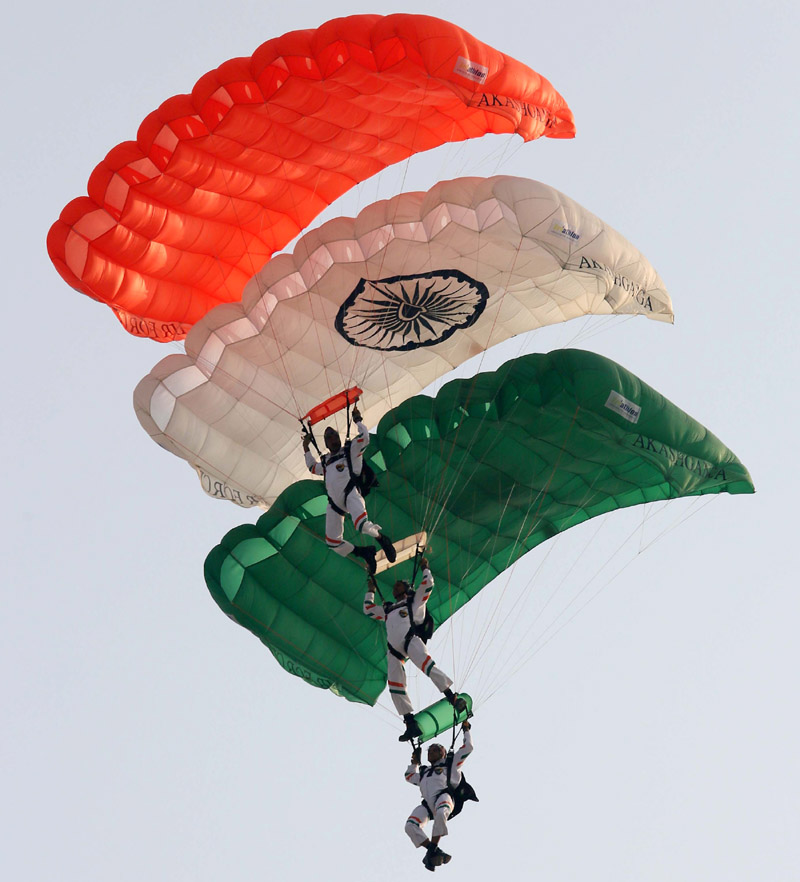 Hyderabad, March ,2016  With over 20 percent growth in domestic aviation market in 2015, India is well on its way to becoming the third-largest aviation market by 2020, says a Ficci-KPMG report.

According to the report released on Thursday at the India Aviation 2016 here, with 81 million trips, the domestic aviation market grew at over 20.3 percent during January-December 2015, the highest growth rate recorded in the world.

The total passenger throughput grew by 17.1 percent in 2015-16, standing at 184 million till January 2016. Passenger throughput is expected to reach around 370 million by 2020, with domestic traffic constituting around 80 percent of the total throughput.

The report suggests that aspects such as increasing disposable incomes, fall in prices of Aircraft Turbine Fuel (ATF), increase in tourism, visa reforms, have placed India in a unique position. “This is bringing the country closer to achieving its vision of becoming the largest aviation market by 2030,” says the India Aviation 2016 report.

According to the report, the Indian civil aviation industry has exhibited tremendous resilience to the global economic slowdown and ranks ninth in the global civil aviation market. This is attributed largely to the growing economy, increased competition among airlines, especially among low cost carriers, modern airports, greater use of technology, Foreign Direct Investment (FDI) and increased emphasis on regional connectivity.

The report highlights that the National Civil Aviation Policy (NCAP 2016) is likely to provide a significant fillip to the industry. The various fiscal and monetary incentives, liberal policies focused on ‘ease of doing business’ and enhanced push for regional and global connectivity are extremely positive.

Steps taken to revive and operationalise around 160 airports in India, if chosen carefully, will improve air connectivity to regional and remote areas. Public-Private Partnerships (PPP) in the sector will get substantial support from the state in terms of financing, concessional land allotment, tax holidays and other incentives.

“The positive impact of NCAP 2016, rise in disposable incomes and the fall in ATF prices are likely to help India leapfrog into the top three of the world,” said Amber Dubey, Partner and India Head of Aerospace and Defence, KPMGA.

He hoped that the government can match domestic ATF prices with global levels for a three year experimental period. “MRO is likely to see a huge revival if the service tax is zero-rated. Growth of aviation and tourism can create a huge multiplier in terms of GDP growth and jobs,” he added.

The report quoted International Air Transport Association (IATA) that passenger traffic on international routes showed an increase of 6.5 percent in 2015 compared to 2014.

During April-December 2015, international passenger throughput at Indian airports grew at 7.7 percent. Middle East continues to lead in the growth of revenue passenger kilometre (RPKM) followed by Asia-Pacific, Latin America and Europe. North America and Africa showed sluggish growth. By 2034, it is expected that Asia-Pacific will be the biggest market for global aviation.

The report strongly suggests that in order to ensure high-geared growth, it is imperative to broaden the base of domestic flyers through greater air connectivity in tier 2/3 cities.