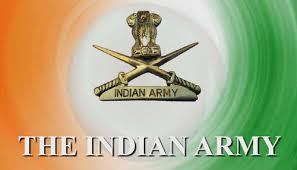 A top Jaish-e-Mohammed (JeM) commander was killed in an encounter in Pulwama district of Jammu and Kashmir on Monday night, Defence spokesperson Rajesh Kalia told The Indian Express. The militant, identified as Noor Muhammad Tantray, was on the wanted list of the Indian Army. He was shot dead in south Kashmir’s Samboora.

Acting on a tip-off, a crack team of Jammu and Kashmir police cordoned off a house where two JeM militants were believed to be holed up, the police told PTI. 47-year-old and three-feet-tall, Tantray was the divisional commander of the militant group and was reportedly behind the recent attack by the JeM in Kashmir. He was lodged in Tihar jail and then later released on parole.

Back in October this year, police sources had told The Indian Express that Noor Mohammad Tantray had taken over command of the JeM in South Kashmir and was engineering the outfit’s bid to regroup in the Valley. He was arrested in Delhi in 2003 and sentenced to life by a POTA court in 2011 but had jumped parole a few months ago and rejoined militancy. Also Read: New security headache in Jammu & Kashmir: 3-ft-tall Jaish-e-Mohammed militant

In January 2011, Tantray and four others, including two from Kashmir, were sentenced to life imprisonment by a POTA court in Delhi. After being lodged in Delhi’s Tihar Jail for some time, he was shifted to Srinagar. Tantray was released on parole in 2015, after which the Jammu and Kashmir High Court extended his parole several times.

Tantray’s death is seen as a big blow to the militant outfit as he was the key man in reviving Jaish-e-Mohammed in south and central Kashmir.