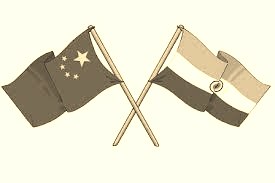 NEW DELHI: An Indian Army officer and two soldiers were killed in Galwan Valley in eastern Ladakh on Monday night during a violent face off with the Chinese troops.

They said senior military officials of the two sides are holding a meeting in Galwan Valley to defuse tension, the Indian Army said.

“During the de-escalation process underway in the Galwan Valley, a violent face-off took place on Monday night with casualties. The loss of lives on the Indian side includes an officer and two soldiers,” the Army said in a brief statement.

A large number of Indian and Chinese troops were engaged in an eyeball-to-eyeball situation in Galwan Valley for the last five weeks.

The story behind the stand-off:

The trigger for the face-off was China’s stiff opposition to India laying a key road in the Finger area around the Pangong Tso Lake besides construction of another road connecting the Darbuk-Shayok-Daulat Beg Oldie road in Galwan Valley.

The road in the Finger area in Pangong Tso is considered crucial for India to carry out patrol. India has already decided not to stall any border infrastructure projects in eastern Ladakh in view of Chinese protests.

The situation in eastern Ladakh deteriorated after around 250 Chinese and Indian soldiers were engaged in a violent face-off on May 5 and 6. The incident in Pangong Tso was followed by a similar incident in north Sikkim on May 9.