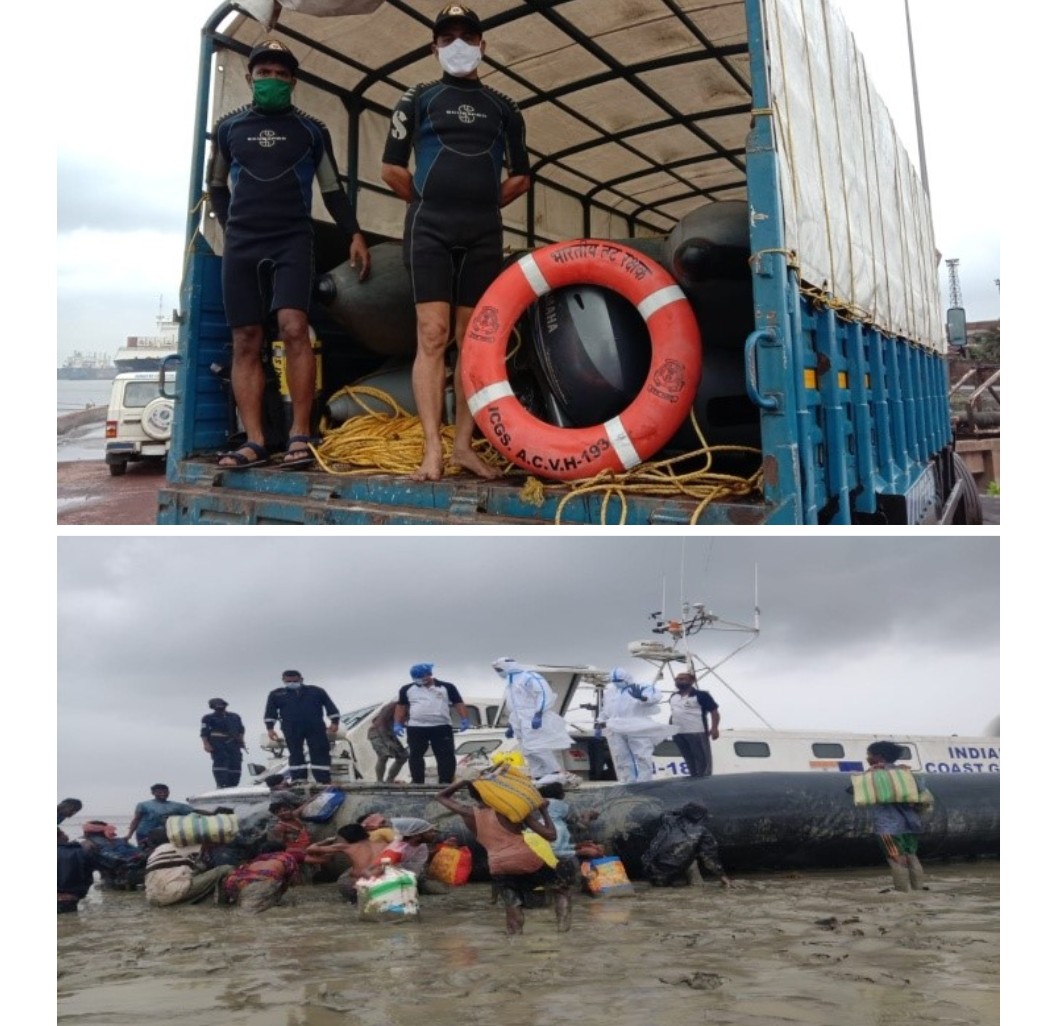 Very Severe Cyclonic Storm ‘Yaas’ made landfall about 20 kms south of Balasore on the Odisha coast on May 26, 2021. The extensive pre-emptive measures undertaken by Indian Coast Guard (ICG) on the Eastern Seaboard and Andaman & Nicobar Islands bore fruit in saving lives and property.

As part of the preventive measures, ICG ensured safe return of 265 fishing boats which were out at sea. Further, as advised, ships at anchorage off Odisha and West Bengal coast had taken safe shelter and Single Point Mooring (SPM) operations were suspended. No report of any damage or loss has been received from any merchant ship.

All the ashore, afloat and aviation units of ICG are maintaining a high state of readiness on the eastern seaboard for any response measures arising in the aftermath of the storm. Three ICG ships, which were strategically positioned at sea for possible search and rescue missions, are approaching close to Odisha and West Bengal coast for carrying out close to coast situational assessment while also sanitising the area.

At the request of West Bengal government, ICG has deployed its Disaster Relief Teams (DRT) at Digha and Contai for assistance. Indian Coast Guard’s Air Cushion Vehicle also rescued about 100 stranded people at Nayachara, West Bengal. The rescue operation is in progress. The ICG Disaster Response Team also assisted in evacuation of locals at Contai. Other ICG DRTs with inflatable boats, life buoys and lifejackets are also standing by across West Bengal & Odisha and being deployed as per the requirement raised by state authorities. Medical teams and ambulances have also been kept on standby for swift mobilisation.

A close liaison and coordination with state administration, local authorities, ports, oil rig operators, shipping, fisheries authorities, fishermen associations and other stakeholders is being maintained to ensure safety of boats, vessels, fixed platforms and other assets at sea.