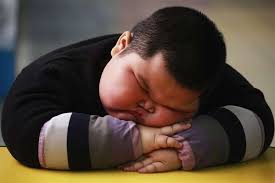 Pune, 11th September, 2018: Why should nutrition only be linked with malnutrition? The state of health in India is posing the question, with over 194 million starving on one hand and around 30 million obese on the other. The problem is just not only limited to starvation in India. The country is looking towards becoming the world capital for obesity, diabetes and cardiovascular diseases, and imbalanced nutrition causing a major challenge.

“If the dietary needs of infants are not met, it will leave them vulnerable to infections and other diseases. This can have both short and long-term effects on the health of the child, the most significant of which is protein calorie malnutrition in all its forms, including under nutrition (wasting, stunting, underweight), inadequate availability of vitamins or minerals. Overweight, obesity, and diet-related non-communicable diseases are the other end of the spectrum. Poor diet can lead to hunger and food insecurity in infants and affect the physical and cognitive development. This is a very worrying trend since we are at risk of missing a key target – zero hunger – under the UN’s Sustainable Development Goal (SDG),” says Dr. Aarti Bhaleroa, Columbia Asia Hospital, Pune.

On the other hand, obesity rates in the state are as low as 23.8% in men and 23.4% in women, which has doubled for men and increased by 9% for women in the last decade.

However, the larger problem still remains in tackling malnutrition. According to UNICEF, 90 per cent of the developing world’s chronically undernourished children live in Asia and Africa and India has more than one third of the world’s wasted children. It also accounts for more than 3 out of every 10 stunted children in the world.

Two years ago, the United Nations (UN) General Assembly proclaimed 2016 – 2025 the United Nations Decade of Action on Nutrition that calls for policy action across 6 key areas: (a) creating sustainable, resilient food systems for healthy diets; (b) providing social protection and nutrition-related education for all; (c) aligning health systems to nutrition needs, and providing universal coverage of essential nutrition interventions; (d) ensuring that trade and investment policies improve nutrition; (e) building safe and supportive environments for nutrition at all ages; and (f) strengthening and promoting nutrition governance and accountability, everywhere. India has a long way left to achieve these goals.