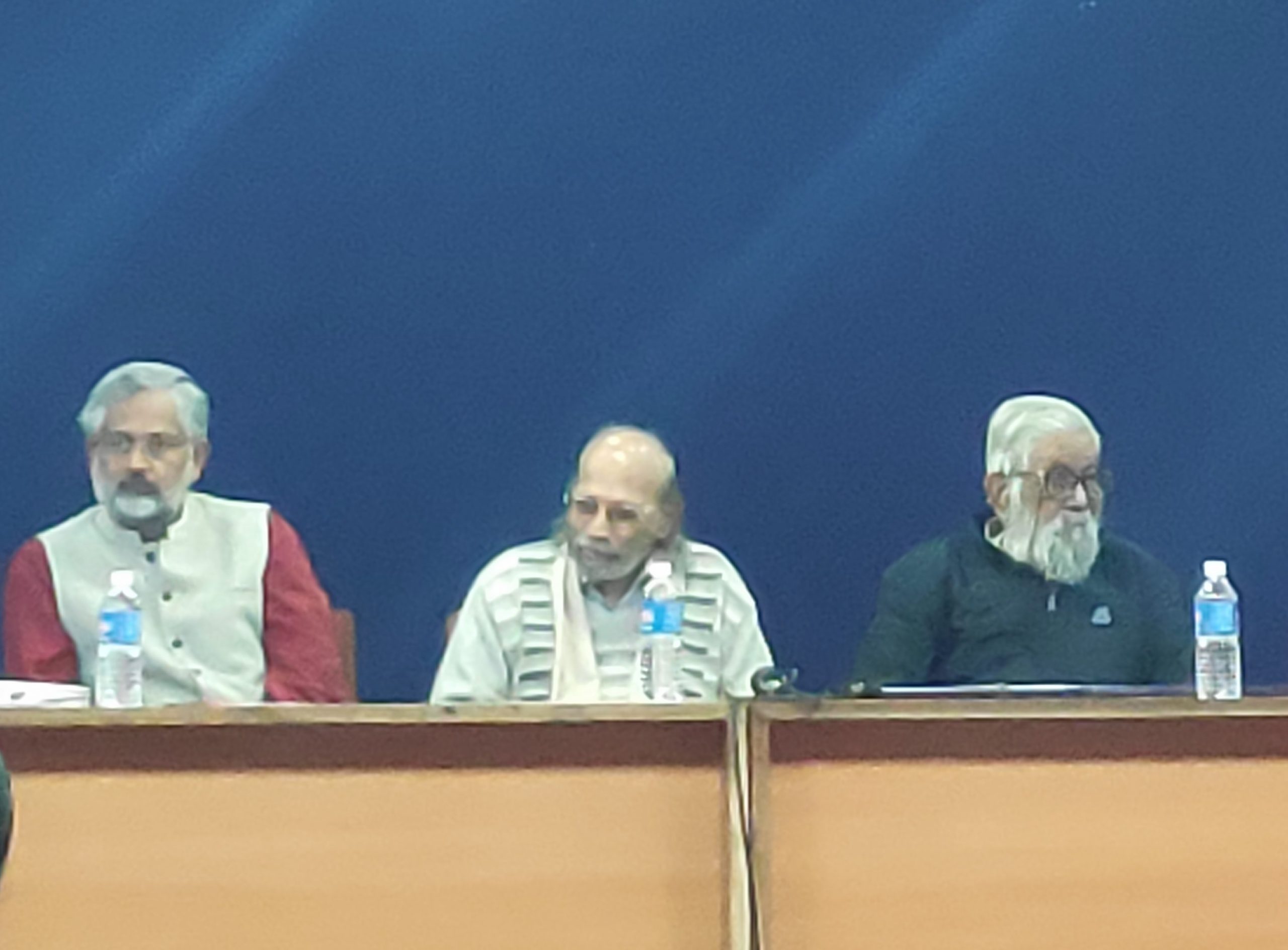 Bharatiya Vidya bhawan Institute of Astrology annual convocation was held yesterday at it’s auditorium. The guests on the dais were Sh. K.N. Rao renowned astrologer and founder of the institute, Sh. Ashok Pradhan,Director (Delhi Chapter),the new principal of the institute and Sh. Anil Kumar Singh the controller of examination.

Sh Ashok Pradhan formerly an IAS officer who helps the institute in many aspects in his speech emphasised apart from astrology the need to conserve water and quoted instances of his time when people used to sit and eat in one plate using one vessel and spoon as it helped in reducing chemicals which are used in cleaning utensils and also in this habit save water. May be this sound a little awkward now but it do save water .

Sh. K.N.Rao emphasised on the role of astrology in life. Astrologers who do it to earn money and make it commercial later repent in life. So this knowledge of astrology should be applied without seeking financial favors. He retired as CAG from Government of India and took this initiative to equip today intellectual generation with facts and researches associated in giving a true prediction and not merely playing with people emotions and encashing them which these unknowledgeable ,uncertified people in this field do.

Institute of Astrology of BVB is the largest NGO in this field,the government should fund and encourage such institutes which try to preserve and take forward our nation’s great mythical knowledge.

The teacher’s here are well settled in their professions and comes from varied field and teach out of learning and honorary without being paid ,such are the great guru’s of this institute which is highly appreciative .

I as an editor of this bureaucracy portal would like to request the bureaucrats to support such institutes so that our national studies which are under the wraps at present comes again to the forefront and shouldn’t extinct with the passing of time.