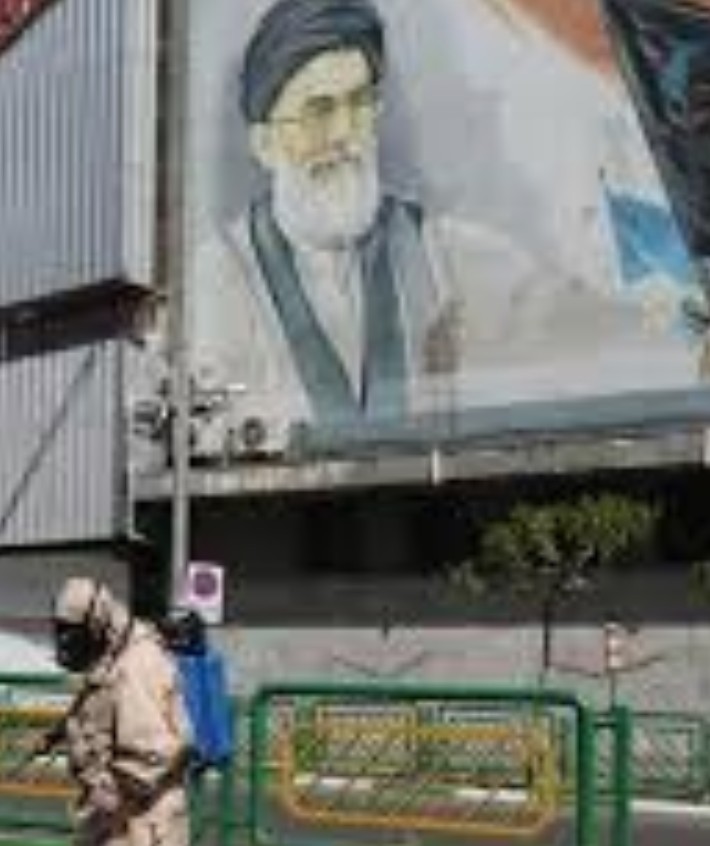 (The ideas expressed are solely of the author ,author is a Jyotish Acharya degree holder from Bharatiya Vidya Bhawan,New Delhi)

Iran is the home to one of the oldest civilisation, also known as Persia, officially the Islamic Republic of Iran, is the second largest in Middle East and the 17th largest country in the world. It was after the success of Ayotollah Khomeini in overthrowing the Shah of Iran that REPUPLIC OF IRAN was established on 1st April, 1979 at 3:00 pm, Tehran.

IRAN history is full of war, disputes, internal protests, natural calamities like earthquake and now its hit by COVID-19. Who would have had thought that this tiny virus which started from Wuhan would shake the entire world.

Please see the basic significance of the houses in Mundane astrology.

Iran’s Natal Chart has a Cancer Lagna rising, whose lord, Moon is exalted in 11th House, hence justifying the aids from Foreign Countries and gains via exports, though it is afflicted by Saturn which being the 7th and 8th lord placed in the 2nd house signifies that the country withdraws National Resources heavily during emergencies. As we look back to the history of Iran we notice a series of disputes starting from Iran Revolution, War with Iraq, Nuclear Dispute, Ongoing Tensions with US and Natural Calamities, which is the result of the 6th Lord Jupiter placed in the Lagna. Jupiter which is also the 9th Lord makes the country highly religious.

Before moving further, whenever some important events happen we observe the following three major points in Mundane Astrology:

It plays an important role as it represents peak of energy discharged and their period of influencing extends over a considerable period of time. Please note effect or result of lunar eclipse is immediate and solar eclipse after some months.

Conjunction of heavy planets is extremely important, they indicate turning points in the history of nations, “OLD DIES AND NEW ORDER TAKESOVER”

Saturn and Jupiter – every 20 years
Saturn and Mars – every 27 months
Jupiter and Mars. – every 26 months

Saturn, Mars and Jupiter conjunction is the most inauspicious conjunction.

On 26th December 2019, the recent solar eclipse Saturn and Jupiter were together on Rahu/Ketu axis along with Sun, Moon and Mercury in Sagittarius Sign (6th house of Iran’s chart). Sagittarius is the fiery sign of war, conjuction in this sign represents fire, disease, shortage of food.

Saturn, Mars, Jupiter as we know is not good conjunction as Mars is god of war, Saturn is Dhukhkarka and Jupiter expands the problem, also these three planets are on Rahu/Ketu axis, signifies virus, fever, infection.

“Dasha” in Hindu astrology is used to indicate planetary periods. The planetary periods indicate when the good or bad effects are produced according to their placement by sign (Rashi), house (Bhava), combinations (Yogas or Raja Yogas) or aspects (Drishti). It is said that “Dasha shows Direction”

According to Iran’s horoscope major planets conjunction is in 6th house and the Dasha of Iran running is Jupiter/Venus, Peculiar Dasha, also Jupiter is the 6th lord placed in the lagana signifies war, diseases, strikes. Venus is in the 8th house give the result of sudden cases and resulted in Covid-19 turning an Epidemic situation in Iran.

The first case of Coronavirus was noticed on 19th February, 2020 brought by a merchant to Qom who travelled to China. Soon after Iran became the centre of the spread of virus with more than 10 countries tracing their case back to Iran by 28th February 2020. Iran became the 4th largest country of having Coronavirus affected people on 5th March 2020, after China, South Korea, Italy with total number of cases accounted to 7161. The government official were also infected as the 10th house is aspected by transiting Jupiter which is conjunct with Mars (4th & 10th lord), Saturn (7th & 8th lord) and ketu, 23 members of Parliament infected out of which 12 died.

As on 31st March,2020 the total number of cases were 44,605 with 2898 deaths, Iran has the sixth-highest number of COVID-19 deaths and cases after Italy, China, Spain, United States and France.

According to current transit, as on 1st April 2020, these 3 planets i.e. Jupiter, Saturn, Mars are in Capricorn sign which is not a good sign, the 7th house of the country’s horoscope aspecting the lagana and Natal Jupiter. Mars being the yogkarka, in a bad affliction will try to control the death rate but the number of cases will increase as the 7th house is the house of war, Jupiter being the 6th lord in 7th house conjunct with Saturn ( 7th and 8th lord) will worsen the situation, government and judiciary will also get affected but they might conceal the actual condition of the country. Furthermost the country will be in catastrophic situation for long term, Mars will be transiting on 7th May 2020 in Aquarius sign which is 8th house of country’s horoscope and it has gone 12th from its natal position in Natal Chart’s Rahu/Ketu axis, this particular position will increase the number of causalities.

The Varshaphal of Iran isn’t favourable, Lagana rising is Capricorn which is the 7th sign of country’s natal chart. Saturn is conjunct with Mars and Jupiter in lagana. Muntha is in the 12th house with Muntha lord Jupiter in the lagna isn’t a favourable position. Moon, lagana lord of natal chart has gone to 12th from its natal position in Rahu/ Ketu axis. Current dasha of Iran is Jupiter/Venus, Venus is also afflicted both in natal and yearly chart. All these observations aren’t very favourable for upcoming future and there seems to be high financial losses with the country caught up in disease.