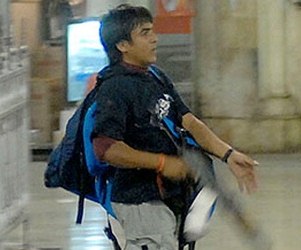 The lone survivor of 26/11 attack in Mumbai Mohammad Ajmal Amir Kasab was hanged and then buried at the yerwada jail ,pune today at 7.30 am . He was brought to Pune from Arthur road Mumbai.The entire operation was a top secret and carried out very secretly.As per rules, Kasab was asked about his last wish. Kasab, however, said he had no last wish but asked whether his mother has been informed on which an affirmative reply was been given to him .Kasab was cool during his stay in Yerwada.  He was buried in Yerwada itself according to sources after a team of doctor’s pronounced him dead after 10 minutes of his hanging and all his last rites were performed according to Muslims traditions.Kasab had been made to sign his death warrant before being moved to the Pune jail on November 19.