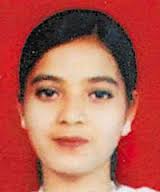 Ahmedabad: The Central Bureau of Investigation (CBI) on Wednesday filed the chargesheet in the high-profile Ishrat Jahan encounter case in a court here but did not name Gujarat Chief Minister Narendra Modi and former Gujarat minister Amit Shah as accused.
However, the CBI said that the Ishrat encounter was fake and it was a joint operation between the Gujarat police and Subsidiary Intelligence Bureau (SIB). The CBI also said that three others – Pranesh Pillai alias Javed Shaikh, Amjad Ali Rana and Zeeshan Johar – were killed along with Ishrat.