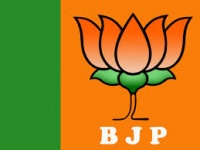 New Delhi:As per sources  Bharatiya Janata Party (BJP) on Thursday approved the extensive use of social media in the 2014 General Elections At the parliamentary board meeting held in Delhi  today, chaired by Gujarat Chief Minister Narendra Modi who has been appointed the 2014 election campaign committee chief, the BJP approved the appointment of IT professionals to drive the campaign. The meeting saw the presence of party president Rajnath Singh, Sushma Swaraj, Arun Jaitley and other top leaders.