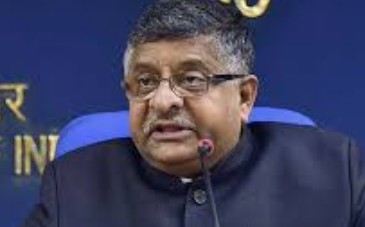 Launching the Portal, the Minister explained the power of Digital India.  He said Digital India means empowering an ordinary Indian with the power of technology – To bridge the digital divide between the digital haves and the digital have nots leading to digital inclusion achieved by technology, which is low cost, home grown and developmental.  Digital India means a framework for transforming India with the power of technology. He highlighted that nearly 129 crore of the Indian population are enrolled for Aadhar which is the digital identity to supplement one’s physical identity.  Nearly 40 crore bank accounts have been opened for the poor and linked to Aadhar.  Using the power of Digital India about Rs.16.7 lakh crore has been transferred to the account of the poor as Direct Benefit Transfer, saving Rs.1.78 lakh crores which was, otherwise, being siphoned off by middlemen.  Digital India has positioned our country as a world leader in digital payments.  It needs to be highlighted that Aadhar, DBT, UPI and the health scheme, Ayushman Bharat, all are ‘made in India’. Another milestone achievement of Digital India is the establishment of Common Service Centres, which were only 75,000 in number in 2014, now stand at 4lakh.  CSCs provide several services that are citizen centric and the Minister suggested that the lawyers must associate themselves in tendering legal advice to the needy through Tele Law programme, through the CSCs.  Nearly 9 lakh advices were given during the last 4 years though Tele Law.

The Minister detailed how during the pandemic and the lockdown that ensued the Judiciary functioned through digital means and heard more than one crore cases.  He stated that data about more than 18 crore cases are available in the National Judicial Data Grid (NJDG) and he suggested that cases of ITAT should also be integrated in the NJDG. He pointed out that VC facility has been provided in more than 800 jails so that the undertrials are able to appear before the Courts without the police having to bring them physically to the courts.

He further cautioned that this initiative of ITAT must not be seen as a solitary step.  Instead, it should be seen as a larger narrative of transformation that the country is undergoing through digital medium.  It enables innovation and empowerment and opens new avenues for growth.  He expressed hope that ‘itat e-dwar’ will be widely accepted by the lawyers and tax litigants alike.

On this occasion, a virtual function was organized at the national level which was attended by the functionaries of ITAT from all the 28 stations.  The members of various Bar Associations also joined the virtual function.  It was also attended by the Officers of the Income Tax Department, Chartered Accountants, Taxpayers and other legal luminaries in the field of tax, from across the country.

Justice P.P. Bhatt, President of ITAT, on this occasion, informed the gathering that the launch of e-Filing Portal ‘itat e-dwar’ will enhance the accessibility, accountability and transparency in the day to day working of the ITAT.  It would not only result in economization of the use of paper, savings in costs but also rationalization of the fixation of cases leading to quicker disposal of cases.  On this occasion, Justice Bhatt also announced a plan to set up paperless courts in the ITAT with a pilot project being undertaken at Delhi Benches of ITAT.  It was also informed that even during the period of Pandemic, by using the tools of information and communication technology, various benches of ITAT have functioned and kept up its activity of judicial dispensation.  It was revealed that inspite of the restricted functioning of Benches, the adoption of Video Conferencing has brought down the pendency of cases to about 64,500 as against 88,000 on 1st April, 2020.