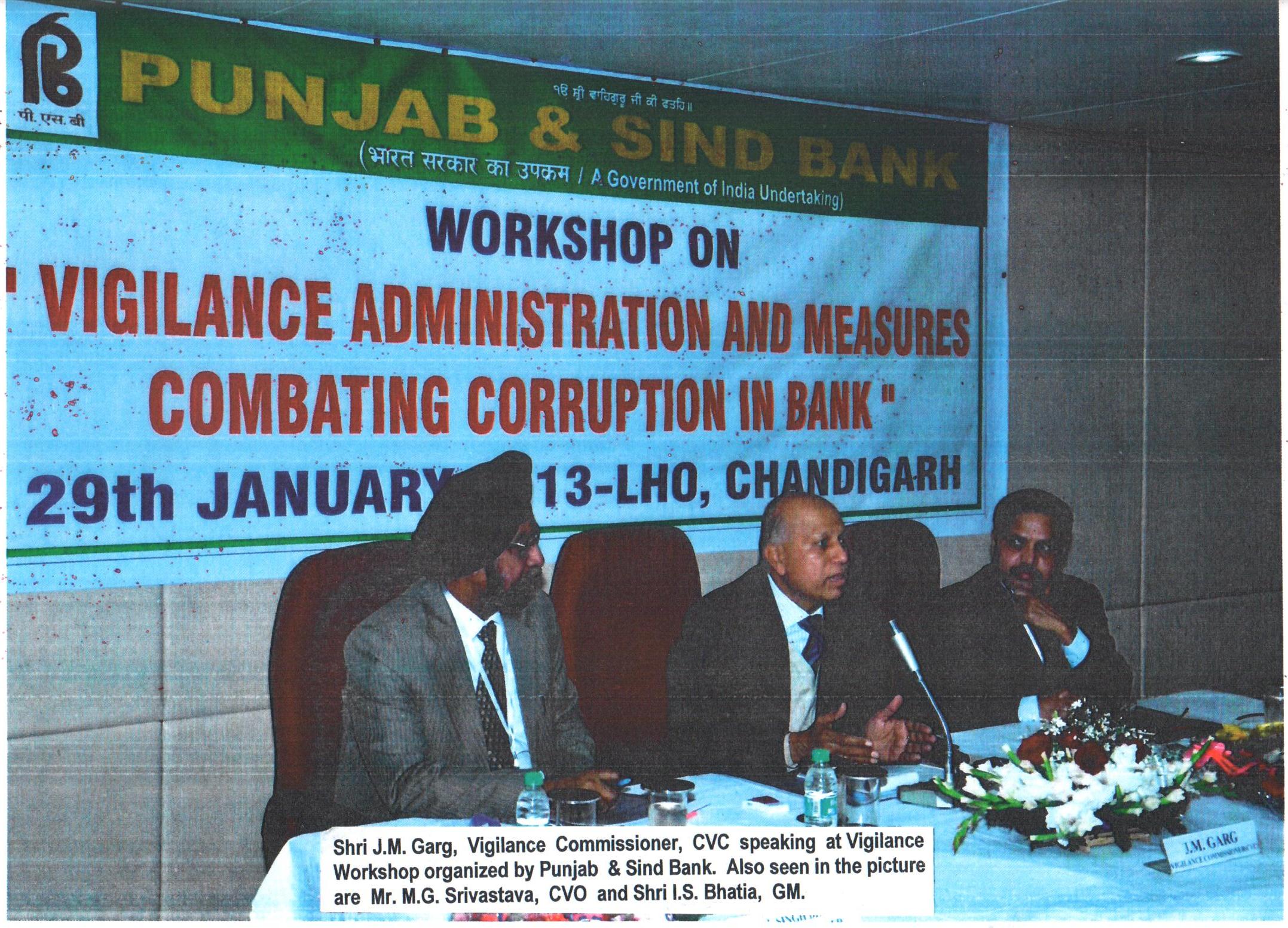 Punjab & Sind Bank organized a Vigilance Awareness Workshop at Chandigarh under the aegis of Vigilance Department,  as part of endeavour to sensitize, enlighten and acquaint the senior officials of the Bank regarding Preventive Vigilance measures combating Irregular Practices in the Bank.

The Workshop was inaugurated by Shri J.M.Garg, Vigilance Commissioner, Central Vigilance Commission, New Delhi. Inaugurating the workshop Shri Garg emphasized the need for strengthening the Vigilance Machinery and Preventive Measures in the society at large and organization in particular. He further stressed the need for greater transparency and uniformity in decision making process at all levels while discharging the Bank’s duties. He further emphasized the need for openness in the Banking  operations and curbing delay in decision making process which ultimately breeds corruption. He further mentioned that the Bankers should not only be honest but also appear to be so in the public domain.

Shri M.G.Srivastava, Chief Vigilance Officer of the Bank, who presided over the proceedings and addressed the participants, emphasized the need for observance of laid down norms / procedures in the Bank with a complete transparency, uniformity and consistency in approach. He also stressed for strengthening the preventive mechanism in the Bank and quick disposal of disciplinary cases. Shri I.S.Bhatia, General Manager, LHO Chandigarh also spoke on the occasion and made out a strong message to the functionaries of the Bank about honesty and  use of commonsense while making credit decisions. The conference was well attended by the senior functionaries of the Bank.