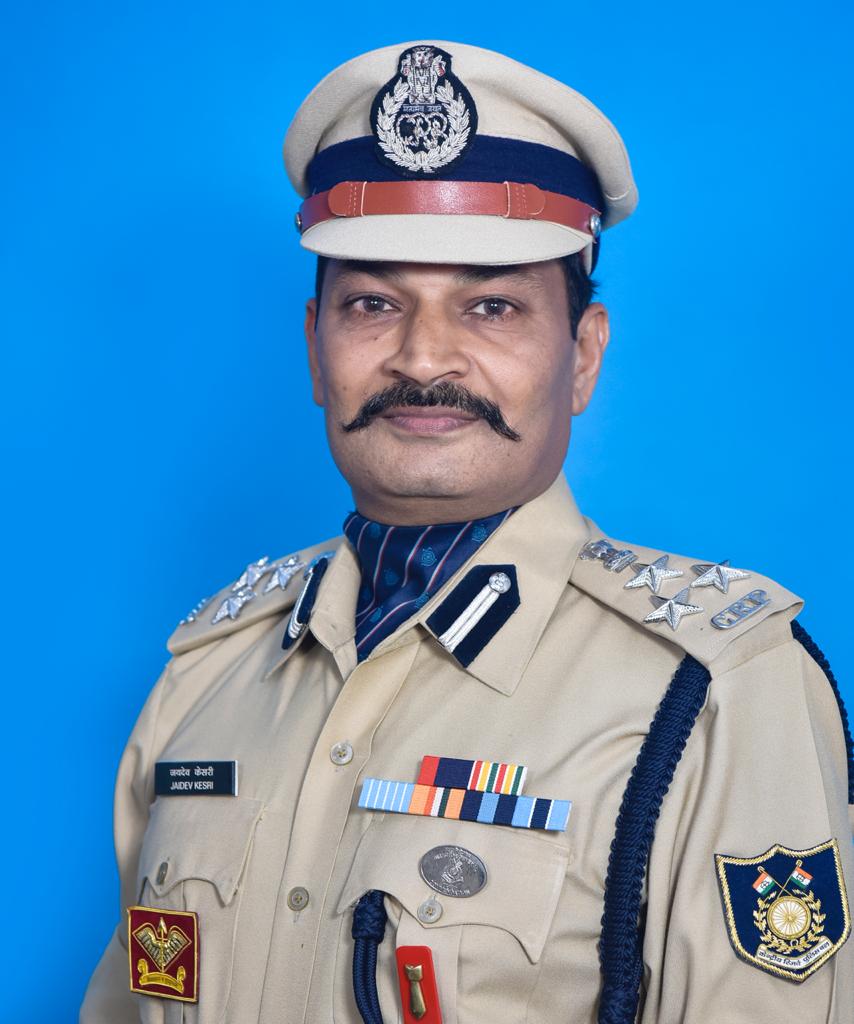 Jaidev Kesri promoted to the rank of DIG CRPF

After nearly 28 years of distinguished service Jaidev Kesri, presently serving as Commandant (Training) at the CRPF Headquarters was promoted to the rank of Deputy Inspector General (DIG) and felicitated by the DG CRPF Kuldeep Singh,IPS at a Pipping Ceremony at the CRPF Headquarters in New Delhi.
Originally belonging to Ballia (UP) and alumnus of Military school Chail Shimla Hills (HP); Jaidev Kesri completed M.Sc. (Zoology) from Delhi University before being directly commissioned as an Officer in the CRPF on 15th July, 1993. He is presently pursuing his PhD on Stress Management in Central Armed Police Forces (CAPFs).

In course of his long and illustrious service, Kesri has served and proved his mettle in some of the most disturbed and volatile insurgency prone areas like Tripura, Punjab, Assam, Jharkhand, Chattisgarh and J&K.

Some of the outstanding achievements of his career include:

• He was instrumental in surrender of more than 15 hardcore militants during stint in Tripura
• 5th Battalion CRPF became the only Battalion with dual ISO Certification of QMS & EMS
• DG Assam Police awarded the Officer with Commendation Certificate for Ops achievement
• 5th Battalion under his command won the Best Administered Battalion Trophy
He also took part in the UN mission in Kosovo and was awarded UN Medal for peace.
The officer has been awarded Internal Security Medal, DG’s Golden Disc with star and nominated for the PM’s Award for excellence in Public Administration.

With a flair for academics DIG Jaidev Kesri has served a long tenure in Training which – is his forte. Even at the age of 53, he believes in keeping himself fit and is an avid marathon runner.