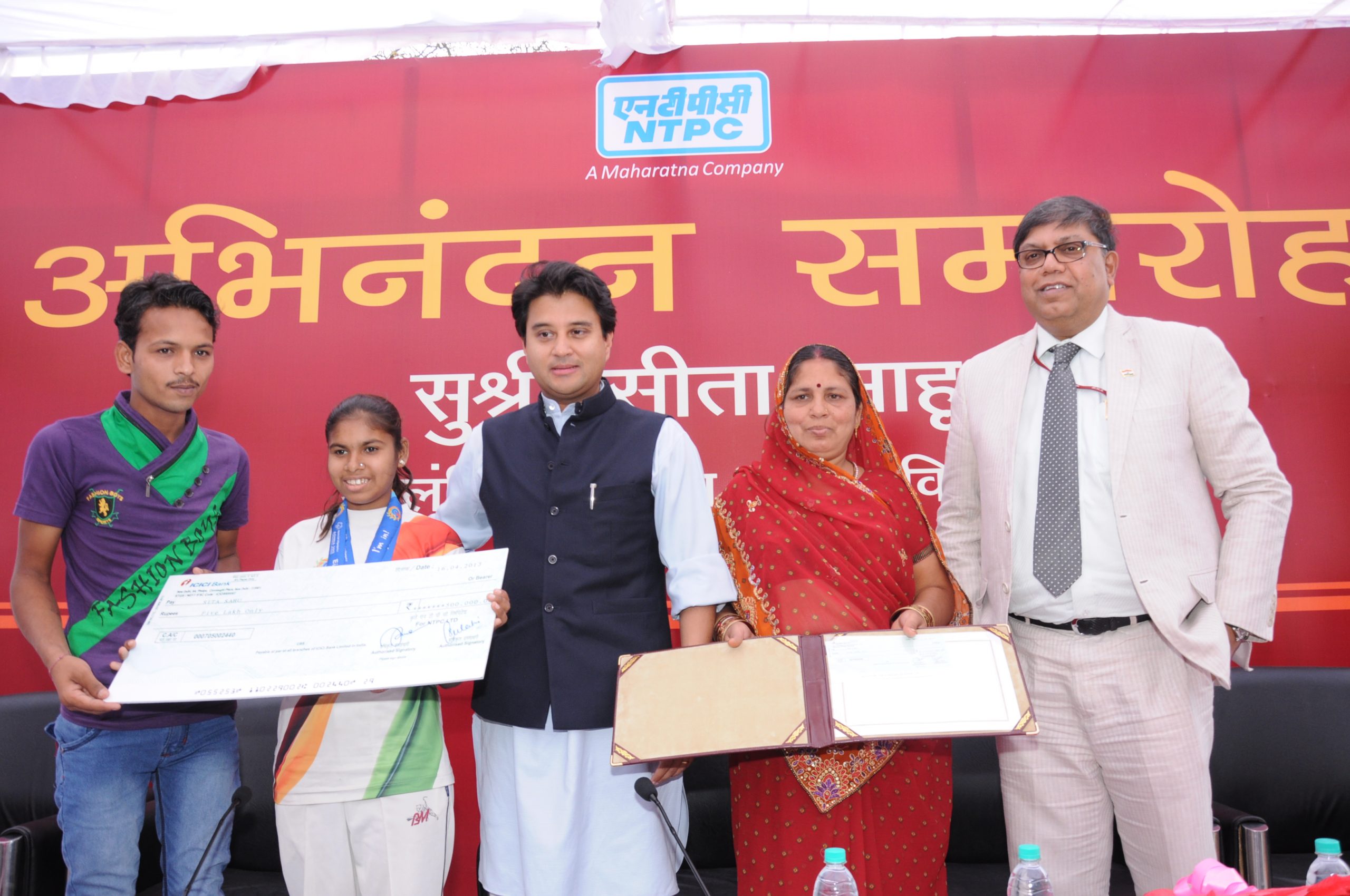 Sita Sahu is 15 year old young Olympian and comes from an extremely poor family of the Rewa district in Madhya Pradesh approached Shri Jyotiraditya Scindia for help. She was promised by the MP government an award of Rs one lakh, but due to some reasons, she has yet not got the money from the state government.