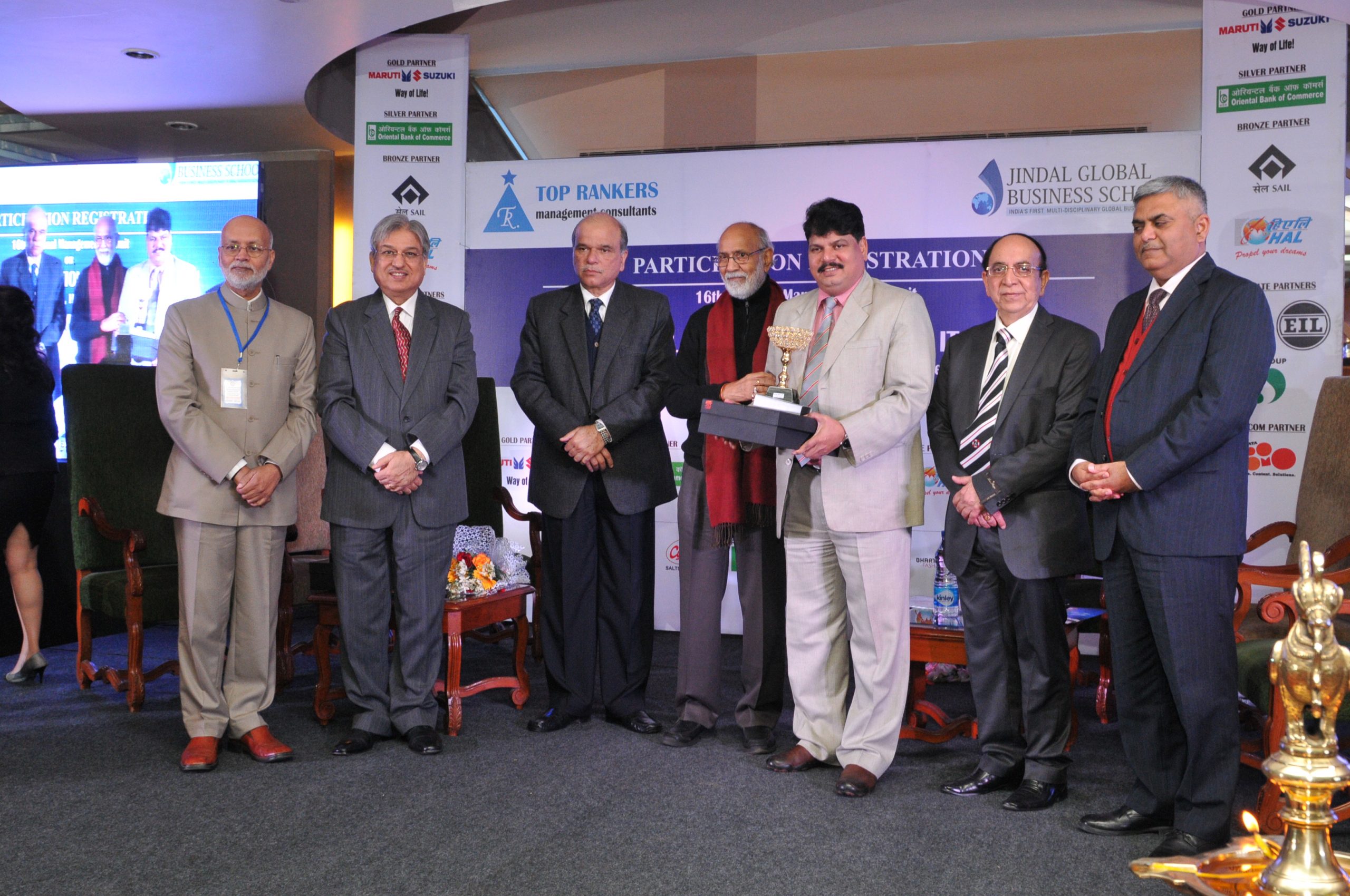 New Delhi: Shri Kulamani Biswal , Director ( Finance ) NTPC has been conferred with GSBA-Top Rankers Excellence Award 2015 – Financial Pride of India – in the  Best Finance Professional Category at a gala function organized in New Delhi.  The award has been given to Shri Biswal by Top Rankers, a leading consultant in HR, Organizational Development and General Management for his excellence in the area of Financial Management. Award was presented by Eminent Educationist Padamshri Dr. Pritam Singh at the 16th National Management Summit on “Impactful organization- Making it happen “ held in New Delhi.

Shri Biswal is a Commerce Graduate from Utkal University  and a fellow in Cost Accountancy along with MBA from New Port University, California, USA; LLB from Sambalpur University and Diploma in Financial Management from IGNOU.

Shri Biswal is known for his strong financial acumen, updated knowledge base and knack in business networking. Shri Biswal started his career with Coal India Limited in 1985. Later he joined Orissa Electricity Regulatory Commission at Director level in 1997. In 2004, he was appointed as Chief (Finance), Central Electricity Regulatory Commission. In CERC, he played a key role in formulation of Tariff Regulations 2009-14 and formation of new company called POSOCO to take care of System Operation and Load Dispatch activities. He also acted as Internal Financial Advisor in CERC as an added responsibility. In NTPC, besides many hats to his credit, he has been instrumental in mopping up USD 750 Million fund from the international market at quite attractive rate of interest for meeting the Capex Requirement of the company. Under his able leadership, NTPC has been able to reduce its cost of debt to 7.81% p.a., a feat many in the industry envy to achieve. Prior to joining NTPC, he was Director (Finance) in Mahanadi Coalfields Limited (MCL) from Oct’ 2010 to Dec’ 2013. He played a key role in making MCL as second largest coal company in India in terms of production and profitability. In MCL, he was also responsible for diversification of business into Power Generation, Solar Power, Transmission of electricity etc., for gainful utilisation of surplus funds. He has exposure in entire value chain of power business right from Supply, Distribution to Generation and Regulatory affairs.