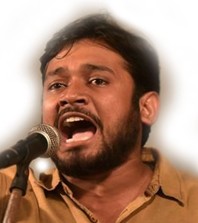 Kumar led a delegation of JNUSU and All India Students’ Federation (AISF) leaders to meet Gandhi at his Tughlak Lane residence.

This is the first time that the Congress Vice-President has met Kanhaiya since he was released on bail from a prison here where he was lodged following an uproar over alleged anti-national activities at the JNU  campus. The student leader was charged with sedition.

Earlier, Gandhi had come out in full support for Kanhaiya amid the unrest at the JNU.