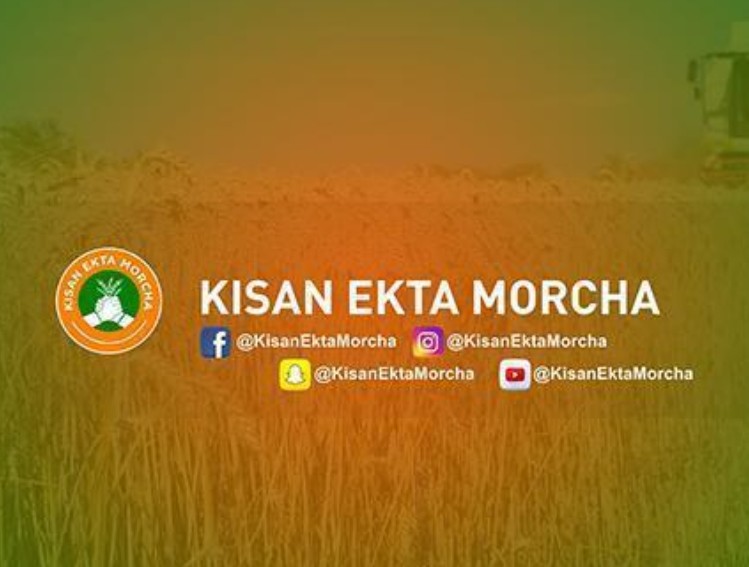 New Delhi, May 17, 2021: Samyukat Kisan Morcha has appealed to farmers of Haryana to maintain peace and remain strong for the farmer movement.

In a joint statement issued by the SKM, its leaders Balbir Singh Rajewal, Dr Darshan Pal, Gurnam Singh Charuni, Hannan Mollah, Jagjit Singh Dallewal, Joginder Singh Ugrahan, Yudhvir Singh, Yogendra Yadav and Abhimanyu Kohar
congratulated all the farmers of Haryana for their active participation in the farmer movement and for making every call a success.

They said that ever since the Kisan agitation started, the SKM has called for a social boycott of the BJP and its allies. They said the farmers of Haryana have opposed every such program, with staying strong and powerful. It is the result of this encouragement from the farmers that even for a small program, the Haryana government converts the area into a cantonment zone. They said that if the farmers continue to express their protest in a peaceful manner like this, then the victory of the farmers is sure.

They appealed to them to make sure that any anti-social elements do not become a part of our struggle, which can discredit our movement later.
Morcha also condoled demise of Major Khan, an ex-service person of the Indian Army and dedicated activist of farmers struggle, from Jhandi village of Patiala who died today. They said that ever since the farmers’ movement started in Punjab, Khan was actively involved in the mobilisation of farmers. Major Khan was an invaluable asset to the movement. He did not go home even once after November 26 and was staying put at Singhu border. He played a big role in this farmers movement while doing a lot of works behind the scenes. Due to his friendly nature and honest behavior, everyone was so close to him and every leader and volunteer is mourning today.

They said that SKM and the entire farmers fraternity will always remember his sacrifice. They that they would go to his house only after winning this movement. Now it is the collective responsibility of the farmers that we fulfill the dreams of all the martyred farmers including Major Khan.