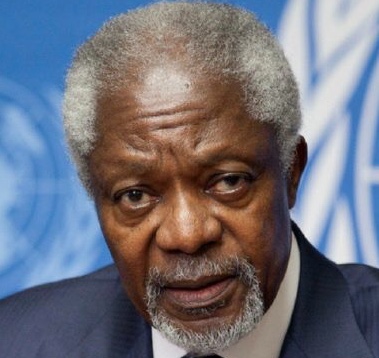 Former UN Secretary-General and Nobel prize laureate, Kofi Annan died at 80. According to Kofi Annan’s official Twitter account, he passed away after a short illness at a hospital in Bern Switzerland on Saturday, August 18 2018. The statement released on his Twitter account quotes, “It is with immense sadness that the Annan family and the Kofi Annan Foundation announce that Kofi Annan, former Secretary General of the United Nations and Nobel Peace Laureate, passed away peacefully on Saturday 18th August after a short illness.”