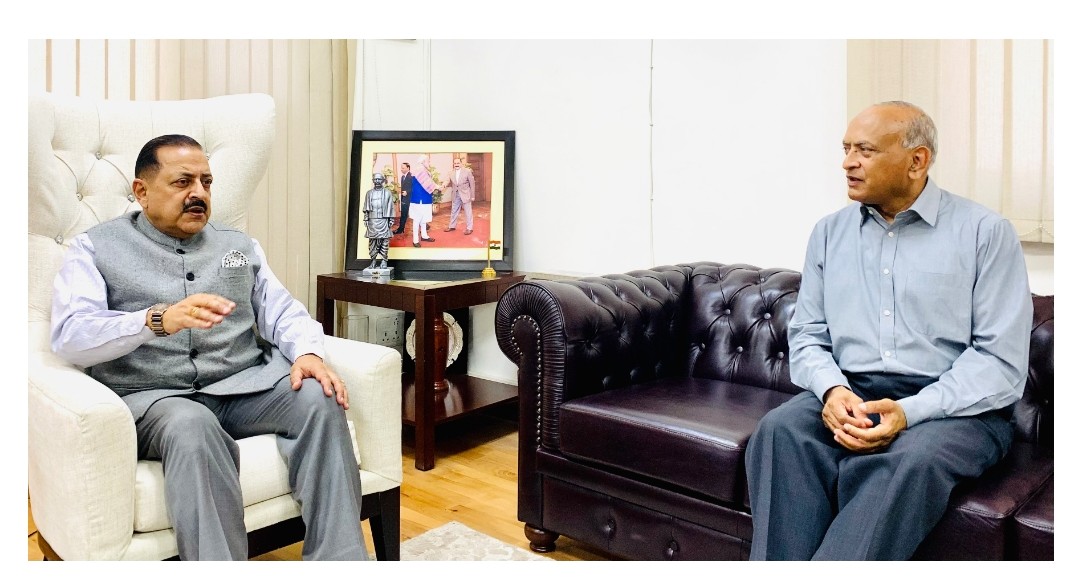 Lieutenant Governor thanked the Minister for having responded to the Union Territory government’s requirement for more officers and said that with his intervention, a headway has been sought to be made. He also requested for posting of more number of AGMUT Cadre officers in Ladakh in view of the new centrally sponsored projects and schemes having been initiated.

Shri Mathur sought the help of DoPT in framing rules and regulations for the newly created Union Territory of Ladakh. He also informed the Minister that the number of aspirants for Civil Service Exam are progressively increasing in the Ladakh region.

Dr Jitendra Singh informed Shri Mathur that in the latest batch of Civil Services Probationers, one female officer hailing from Ladakh has been allocated AGMUT Cadre and she would most likely be able to serve her home territory. He also conveyed the Centre’s decision to give relaxation by waiving off the mandatory period of minimum nine years of service to all those IAS officers who make a written offer for deputation to Union Territories of Jammu & Kashmir and Ladakh.

Lieutenant Governor Shri Mathur thanked Dr Jitendra Singh for his intervention in launching a project for “Leh Berry” food products. He said, after the Minister’s intervention, the Council of Scientific and Industrial Research (CSIR) has been regularly in touch with the Union Territory government and he has had a series of interactions with Director General CSIR, Dr Shekhar Mande in this regard.

Dr.Jitendra Singh said, Prime Minister Narendra Modi gave high priority to the young Union Territory of Ladakh which has enabled the sanction of new University, Professional Colleges and other institutions. He said, the opening of Zojila Pass is a huge relief for the local population.

Lieutenant Governor also conveyed to the Minister his acknowledgement of the constant support that the Union Territory government is receiving from the Union Ministry of Home Affairs for every small or big issue.