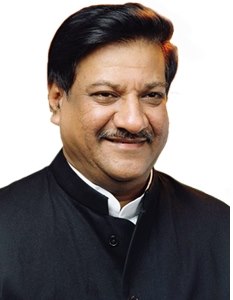 Accusing Narender Modi of practising “silence” since assuming power, Maharashtra Chief Minister Prithviraj Chavan today said his style of governance was “autocratic” which was “not very good” for a healthy democracyHe claimed that people are “already disillusioned” with the Modi government and cited the recent win of the Congress  in Uttarakhand bypolls as “an indication that people have realised their mistake”.Chavan told PTI that Congress knew that Modi’s style of running Gujarat was always autocratic and even in the election campaign, the party had said “we are afraid that there will be a very autocratic government in Delhi and now it is coming to light”.“Whether it is how the Ministers are treated, whether it is who is in the inner core team, what autonomy the Ministers get,” he said.He called the Prime Minister “Maunendra Modi” (silent) for not taking people into confidence or articulating his viewpoints on important issues.“The point is that Modi never took stand even during elections. He never articulated his vision on foreign policy, economy, social issues or even the favourite theme of the RSS, the common civil code, Article 370 and Ram Mandir. He just came and sold a dream of Modi sarkar,” Chavan told PTI in an interview.He said there was anger against the UPA government over various issues and it was utilised by Modi to sell himself.“And he did sell himself himself like selling a product, a toothpaste or soap. Excellent marketing technique, massive advertisement and all,” he said.Chavan said people have already started comparing the Congress rule, not just the UPA rule, where the “Ministers had certain respect and responsibility which seems to be missing”.“There is also a question of favourites who are running this show in Delhi. Not very good for healthy democracy,” Chavan said.