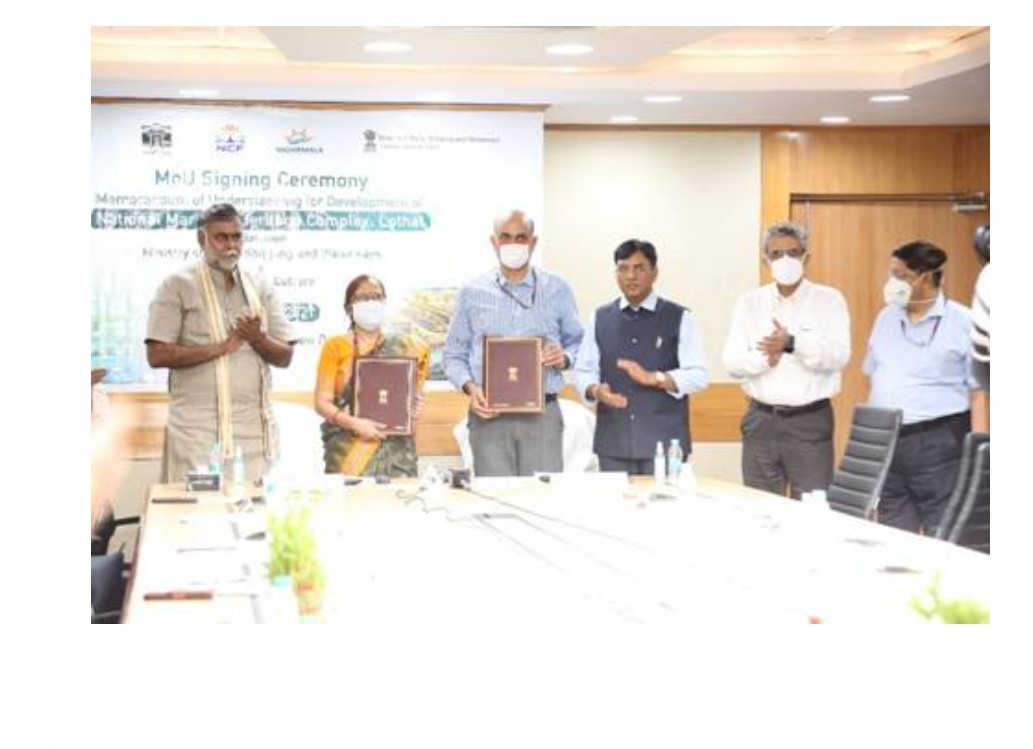 Ministry of Culture and Ministry of Ports, Shipping and Waterways  sign an MoU for Cooperation in Development of National Maritime Heritage Complex(NMHC) at Lothal, Gujarat

Speaking about the huge treasure of cultural heritage in India , Shri Prahlad Singh Patel said that we need to put this treasure together at one place in order to bring out and convey the greatness of our cultural heritage.  This MoU and the museum will play a big role in highlighting the cultural heritage of the country both domestically as well as to the world. The Maritime Museum at Lothal is only a beginning. The Culture Ministry will extend all support as a knowledge partner to other similar projects at other locations, he added.

Shri Prahlad Singh Patel said that recent excavations at different locations are bringing new historical facts to light which could become the basis of re-writing history. These findings will bring out the glory of our ancient culture and we must not leave any stone unturned to  pursue such research .

Speaking on the occasion, Shri Mansukh Mandaviya said that NMHC is to be developed as a first of its kind in the country dedicated to the legacy of Maritime Heritage of India, to showcase India’s rich and diverse maritime glory. He said that the signing of MoU and cooperation with the Ministry of Culture would facilitate to exhibit both the robust maritime history and vibrant coastal tradition of our country in one place and would uplift the image of India’s Maritime Heritage in the international forum

National Maritime Heritage Complex, a world-class facility is to be developed in the vicinity of the ASI site of Lothal, located about 80 kms away from Ahmedabad, Gujarat. NMHC would be developed as an international tourist destination, where the maritime heritage of India from ancient to modern times would be showcased and an edutainment approach using the latest technology would be adopted to spread awareness about India’s maritime heritage.

For developing the project, the land transfer formalities have been completed and all land related clearances including environment clearance are in place.

The unique feature of NMHC is the recreation of ancient Lothal city, which is one of the prominent cities of the ancient Indus valley civilization dating to 2400 BC. Apart from that, the evolution of India’s Maritime Heritage during various eras would be exhibited through various galleries. NMHC would have pavilion for each coastal states and union territories to showcase the artefacts/maritime heritage of the respective states and union territories.

MoC will provide required support for showcasing the maritime heritage of India at NMHC in the form of gallery contents, sharing relevant documents, books, artefacts, electronic media, articles, original artefacts/ replicas etc. During the construction, operation, sustenance, maintenance and growth of NMHC, MoC will share its technical understanding on design, lighting and digital technology. Some other important activities that MoC will take place for the development of NMHC are –