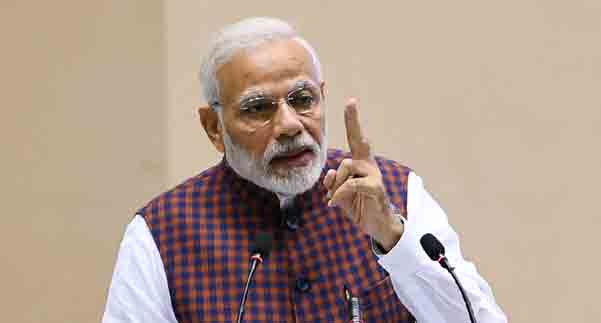 Thiruvananthapuram, Dec 27  Prime Minister Narendra Modi will arrive at Pathanamthitta in Kerala on January 6 to kick-off the campaign for the upcoming Lok Sabha elections, a senior BJP leader said on Thursday.

Pathanamthitta is about 120 km from here.

“This is his visit as part of the election campaign, and he flies to Pathanamthitta from Guntur,” said Pillai.

The Bharatiya Janata Party (BJP) has just one legislator in the 140-member Kerala Assembly. The party is hopeful of putting up a good show in the upcoming Lok Sabha elections.

The best performance they have put up in the state was in the 2014 Lok Sabha polls when they finished second in the Thiruvananthapuram seat. Kerala has 20 Lok Sabha seats.

Modi’s arrival in Pathanamthitta — the district where the Sabarimala temple is located, is seen as a deft political move.

The temple town has witnessed protests by Hindu groups since the September 28 Supreme Court verdict that allowed women of all ages to enter the temple that hitherto banned girls and women aged between 10 and 50.

The BJP, the RSS and the Sangh Parivar are up in arms against the manner in which the Pinarayi Vijayan-led Kerala government is trying to use t