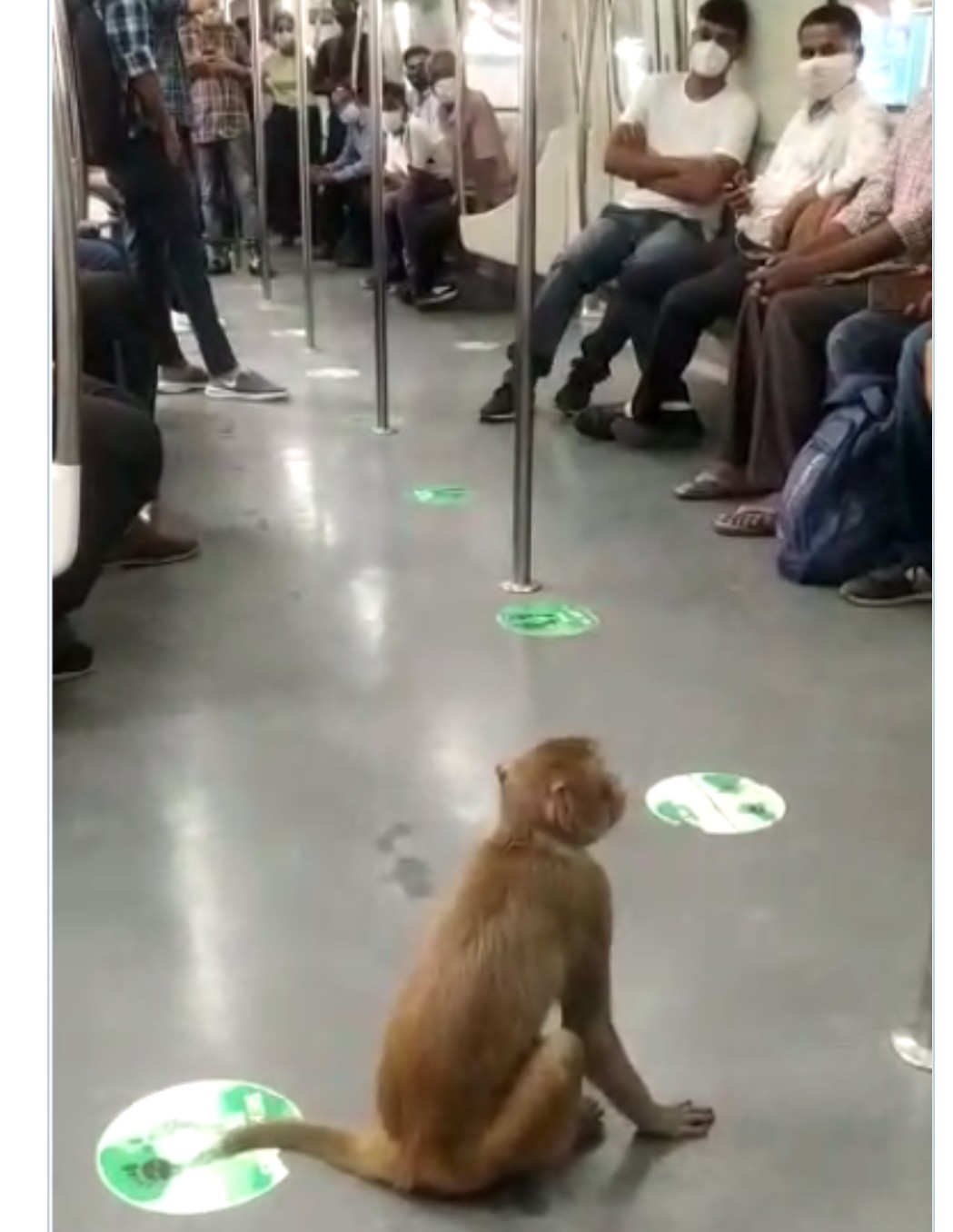 A monkey sneaked into the Delhi Metro compartment today at Akshardham station and the delhi metro officials took swift action.

The DMRC on Monday informed that the monkey who was spotted inside the coach of a Delhi Metro train had sneaked into the compartment at Akshardham station. “DMRC staff acted swiftly after getting information on the issue and the train was evacuated at the next station,” it said. The monkey stayed inside the metro for three-four minutes, DMRC added.