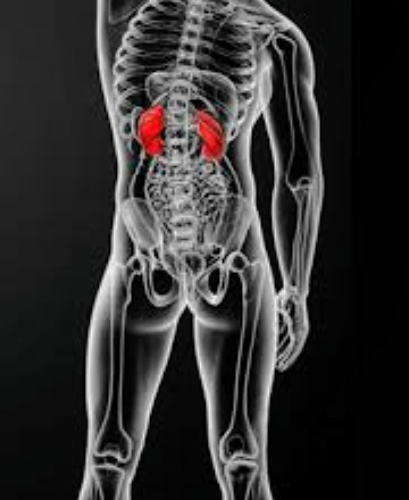 Monsoon amplifies the complications of renal and joint problems

Gwalior: With the advent of monsoon that brings along a handful of disease, there is an increase in the cases of orthopaedics and kidney infections. Though irrespective of age barrier all people are equally vulnerable, but patients especially in the elderly population, undergone treatment for kidney problems or joint related ailments need special attention.

Weather-related joint pain is usually seen in patients with osteoarthritis and rheumatoid arthritis and most commonly affects hips, knees, elbows, shoulders and hands. The joints contain sensory nerves called baroreceptors that can detect barometric changes. The receptors especially react when there is low barometric pressure, such as before a rain storm may occur.

“People with arthritic joints seem to be more sensitive to the barometric changes. High humidity combined with low barometric pressure are also associated with increased joint pain and stiffness although either one could be a factor. Physical activity and exercise have been shown to benefit people with arthritis by improving pain, function and mental health. By partaking in low levels of exercise, individuals with arthritis face placing themselves at risk of conditions associated with lack of activity such as cardiovascular disease, diabetes, obesity and functional limitations.” Said Dr Vishwadeep Sharma, Consultant, Orthopedics, Fortis Hospital, Vasant Kunj, New Delhi.

Today’s generation leads a sedentary lifestyle – long hours are spent sitting in the same position, mostly in a wrong posture, at workplaces. In addition, late night shifts, smoking, long hours in front of the computer and irregular eating habits are making orthopaedics and renal ailments, a more common disease during the rainy season.  As a result, relatively younger people are developing such ailments and the age bracket has come down by atleast 5-7 years.

“The sudden change in the temperature causes a reduction in the body’s immune system and makes it more vulnerable to infections. Monsoon is the apt condition (being hot and humid) for the bacteria to prosper abundantly. During the humid conditions, cleanliness and personal hygiene of the private parts are of extreme significance, as avoiding them may lead to kidney infections, damage and scarring. Kidney scarring is very common and can lead to high blood pressure and impaired kidney functions later in life.” Said Dr Tanman Pandya, Consultant Nephrology, Fortis Hospital, Vasant Kunj, New Delhi.

The best advice is to be as proactive as possible – all year round, regardless of the weather. Drink plenty of water, and keep the joints active by doing non-weight bearing exercises and stretches. If this disease is found out at the early age then medication can cure it faster. But, if found at a very advance stage, it can lead to complications and surgical intervention.

“It is feasible to prevent kidney infections especially during monsoon season by following certain measures. Drinking plenty of fluids like water, fresh juices and soups will increase the urine flow and reduces the chances of infections. Consume lot of seasonal fruits and avoid holding urine for a long time.” Added Dr Pandya