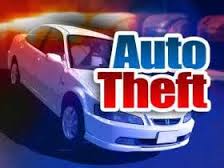 New Delhi: A web based MV Theft Application has been developed with the objective of facilitating public to lodge and download FIRs for vehicles stolen in Delhi. An e-Police Station has been established for lodging these electronic FIRs. The application can be accessed through computer and tablets and will later be available in the form of an App on mobile phones.

Motor vehicle thefts constitute almost 1/5th of the total IPC crimes reported in Delhi. People expect early recovery of their vehicle and apprehension of the culprit because the theft of a vehicle causes not only an economic loss but also loss of mobility. Since most of the automobiles are insured, victims expect police to promptly register their complaint and take up investigation for early finalisation of the case. However, archaic investigation methodologies coupled with occasional reluctance to register FIR add to a victim’s woes. Overburdened IOs often delay even completion of prudent preliminary investigation processes comprising of mechanical steps like dissemination of information about the theft, keeping track of information about vehicles recovered within or outside the jurisdiction of the police station and helping the complainant in getting the vehicle released on superdari. Needless to say, the situation calls for a fundamental shift in dealing with complaints of auto theft.

In order to mitigate the pain and suffering of those who become victims of auto thefts, we have devised an elaborate computer/cell phone based system in yet another path breaking initiative to ensure trouble free registration of FIR in auto theft cases and prompt initiation of automated investigational measures. It also incorporates processes to keep the complainant informed of the efforts made. A time bound closure of undetected cases with seamless acceptance of the same by a competent Court is part of the system so that the victim can file on insurance claim on timely receipt of the closure report. The Hon’ble Delhi High Court and Learned District Court have designated ACMM-I of all the 11 districts as e-Courts to accept the Final Reports. This is probably to be the first ever automated digitized system from FIR to Final Report for auto thefts in the world.

No need to visit Police Station to Lodge FIR
Hassle free and Immediate registration of FIR
No problem in getting a copy of FIR
No chasing of IO to get “Untraced Report”
Early Insurance Claim
A lot of time of the complainants, IOs, SHOs, officers and Courts saved
A lot of paper will be saved due to electronic storage of records
Timely filing of FIR, Case Diaries, Untraced Report at PS level
Automatic monitoring of cases
Electronic matching with stolen and unclaimed vehicles from centralized databases – on matching an alert will be generated
Timely disposal of cases and hence reduced pendency at PS and Court level
Easy retrieval of records for planning and preventive strategies
If the case is not being sent as Untraced for other reasons, then normal investigation by Police Station

The Stage-I trial was launched on April 16, 2015 and FIRs related to MV theft were registered on e-platform Police Stations, investigation was conducted electronically, and final form was submitted to the designated ACMM-I of the concerned district through e-platform. The deails of FIR already registered through the MV Theft App are as under:-

Now, Delhi Police has taken a historic initiative to bring this e-facility on public domain wherein, a complainant can register FIR related to theft of his vehicle through this platform. He can access to the MV Theft App by visiting the official websie of Delhi Police i.e.  HYPERLINK “http://www.delhipolice.nic.in” www.delhipolice.nic.in from any where without coming to a Police Station.