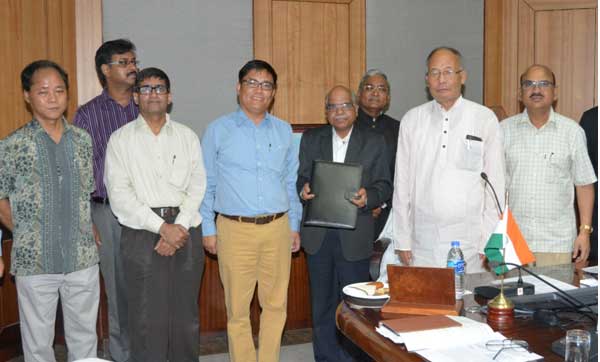 New Delhi :Power Sector Skill Council (PSSC), an organisation created with a mandate to facilitate promotion of skill development and employability across Power Sector entered into a Memorandum of Understanding (MoU) with Manipur State Power Distribution Company Limited (MSPDCL) at Imphal to take up skill training and certification of employees of MSPDCL.  The initiative will include training delivery [based on applicable National Occupational Standards/Qualification Packs (NOS/QPs) for concerned job role] for Lineman and other category of staff.  In the initial phase, the initiative will be under Pradhan Mantri Kaushal Vikas Yojana (PMKVY).

It may be recalled that PSSC has signed similar MoUs in other States, which inter-alia provides for stakeholders commitments to pursue skill development initiatives, leading to improved employability and productivity of existing and potential employees and also an assurance to give preference in employment to such candidates and youth, who have been skill trained and certified by PSSC.  Similar MoU signing and initiative roll out are in process in other States such as Bihar, Chattisgarh, Odisha, Jharkhand, Madhya Pradesh, Meghalaya, etc.