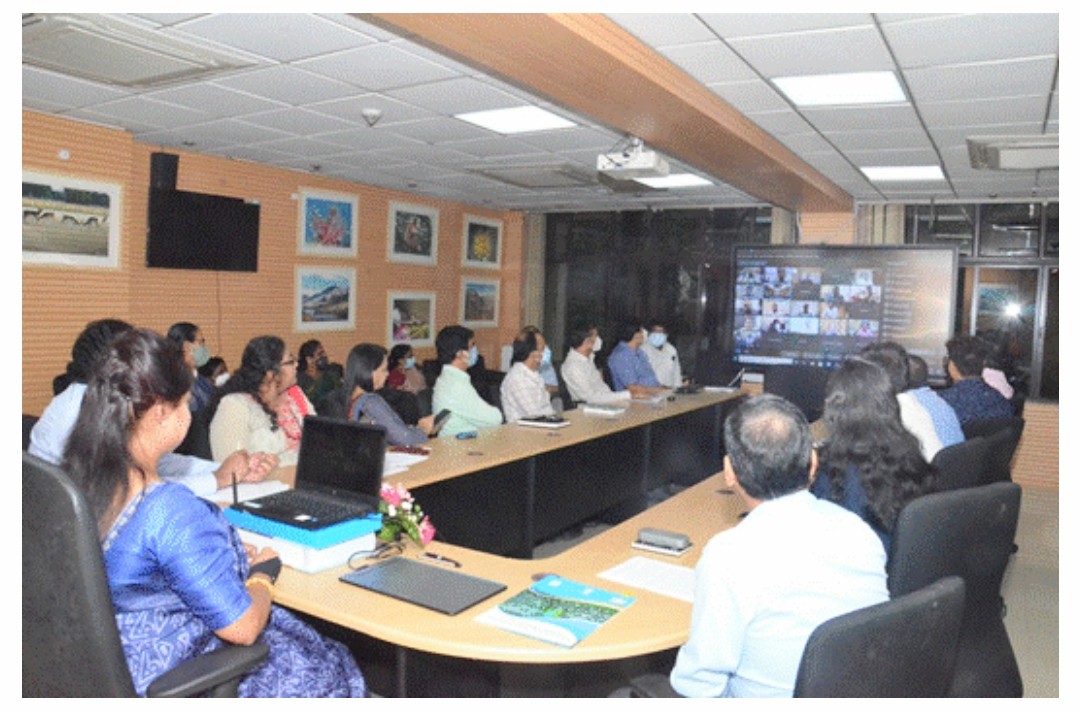 The Zoological Survey of India(ZSI), Kolkata and the Natural History Museum (NHM), London have been working together over many years on mutually beneficial projects focused on the study of the fauna of India, and to recognize this long-standing relationship, and to promote its continuance for many years into the futurea Memorandum of Understanding between the two great Institutions, was formally signed by the Director of ZSI and Director, NHM, London today on a virtual platform.

Terming the MoU as historic, Dr. Dhriti Banerjee, Director of ZSI said that this MoU was long overdue and the NHM, London and ZSI, Kolkata are going to be mutually benefited on the faunal diversity research through scientific exchange between the two great institutions and long standing relationship. ZSI is the umbrella institute for Biodiversity studies in Inida headquartered in Calcutta and has 16 Regional Centres instituted to cater to the faunal diversity of the various biogeographic areas of India. ZSI has around 5 million animal collection holding, 20,000 type collections and around 450 scientists and scientific staff work towards curatorial and research on the vast animal collections present in ZSI.

Dr. Douglas Gurr, Director, NHM, London while thanking the Government of India for agreeing into this MoU with them expressed his gratitude to ZSI and said that ZSI and NHM, London look forward for joint research activities by both and since share a joint passion on natural history collections and accelerate towards better science. This collaboration will not only benefit both institutions, the millions of vital collections present in NHM, London and ZSI including type materials are important nationally and across the world for understanding and conserving the biodiversity, curing natural resource loss and sustainable management of bio-resources as well as impact of climate change.

Through this MoU both the institutions are committed to implementing the 1973 Convention on International Trade in Endangered Species of Wild Fauna and Fauna (“CITES”), the 1992 Convention on Biological Diversity (“CBD”) and relevant national and regional laws and regulations concerning biodiversity including laws relating to access to faunal specimens, associated benefit sharing and traditional knowledge.

The NHM, London and ZSI will be working together to collect, study and conserve faunal specimens for science and to create and exchange associated data and images.  There are plans for conducting of joint fieldwork expeditions, transfer of duplicate animal material and associated data and images by ZSI, Kolkata to NHM, London, and vice versa, capacity-building in the areas of Systematic Zoology and Conservation to ensure greater long-term conservation of animal genetic resources in India. Nevertheless, all faunal material and information exchange would be subject to all relevant extant domestic regulations of the participants as well as international laws to which either of the participants is a party. This MoU will be for a period of five years.

The MoU is expected to bring together practicing taxonomists, conservation biologists, biodiversity managers, policy makers and other stakeholders of both the country for discussing, networking and identifying gap areas to formulate the strategies for long term scientific documentation as well as conservation of faunal diversity through international exchange.

India has only 2.4% of the world’s land area but the species diversity in India is 8.1 percent which makes India one of twelve mega diversity countries of the world. There are average 350-400 species new to science from India are being discovered by ZSI scientists and others working on natural history and conservation. India is one of the megadiverse countries in the world with 45,000 species of plants and more than 100,000 of the animals have been recorded in India. The identified Megadiverse Countries are: United States of America, Mexico, Colombia, Ecuador, Peru, Venezuela, Brazil, Democratic Republic of Congo, South Africa, Madagascar, India, Malaysia, Indonesia, Philippines, Papua New Guinea, China, and Australia.

While many of the natural history collections from India are available in the NHM, London before Independence, India started housing its own collections in ZSI since 1947 independently and as a result of which, ZSI is the largest repository of Fauna in the entire south and Southeast Asia region. With more than 100,000 species of animals known to occur in India, it is the Zoological Survey of India (ZSI) that brought to the knowledge of scientific communities about many of them as the new and endemic species. ZSI is the premier institution on animal taxonomy in India under the Ministry of Environment, Forests & Climate Change of Government of India.