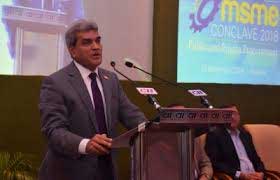 Kolkata, Dec 27  State-run e-commerce company MSTC Ltd is focusing on auctioning of forest and agricultural produces from the north-eastern states in order to provide better prices to farmers and exploring various options to overcome logistics issues, an official said on Wednesday.

The company started auctioning of Nagaland’s ginger, Tripura’s pineapples and hill-grass from the region, and experienced encouraging trends but logistics issues have emerged as a major hurdle.

The company is scouting for partners to overcome logistics issues emerging in transporting the agricultural produces from the region, the official said.

“We have been focusing on north-eastern states for providing markets of forest and agro produce of the region. We are not only hosting e-auctions of farmers’ produce but also concentrating on managing demand,” company’s Chairman and Managing Director B.B. Singh told IANS.

With its presence across India, the state-run trading major is having “access to buyers” and has been marketing different produces of North-East, he said, adding that the company would be exploring how to hand-hold farmers and impart them training so that they get familiar with e-auctions.

“We had conducted first ever e-auction of ginger of Nagaland last year and buyers had purchased 300 metric tonnes of ginger. Unfortunately, ginger could not be transported to Jorhat from Nagaland due to onset of monsoon and it was suspended.

“This year, we conducted e-auction of the crop and buyers purchased 1,000 tonnes of ginger. Again, about 100 metric tonnes were delivered and the entire volume could not be transported due to logistic issues,” Singh said.

He also said there was an urgent need of packaging houses there, for ginger as the crop needs to be washed properly to remove the layer of bacteria and also to ensure that it does not get rotten in transit.

The company visited the Gulf countries including the United Arab Emirates, Bahrain and some others to explore markets for the North-East produces as there is demand for naturally grown produces.

In the region, the farmers’ plight has been to get access of the markets, he said, adding that north-eastern states are bestowed with favourable climatic conditions for growing of various agricultural and forest produces.

Each state in the region has 25-30 niche products and the Central government-owned company is looking to hosting e-auctions of turmeric, oranges, kiwis, large cardamom, orchid and other produces.

“In order to overcome logistic issues, we are in touch with start-up company Rivigo to provide logistics support. Apart from this, we have our partner, Central Railside Warehouse Company Ltd