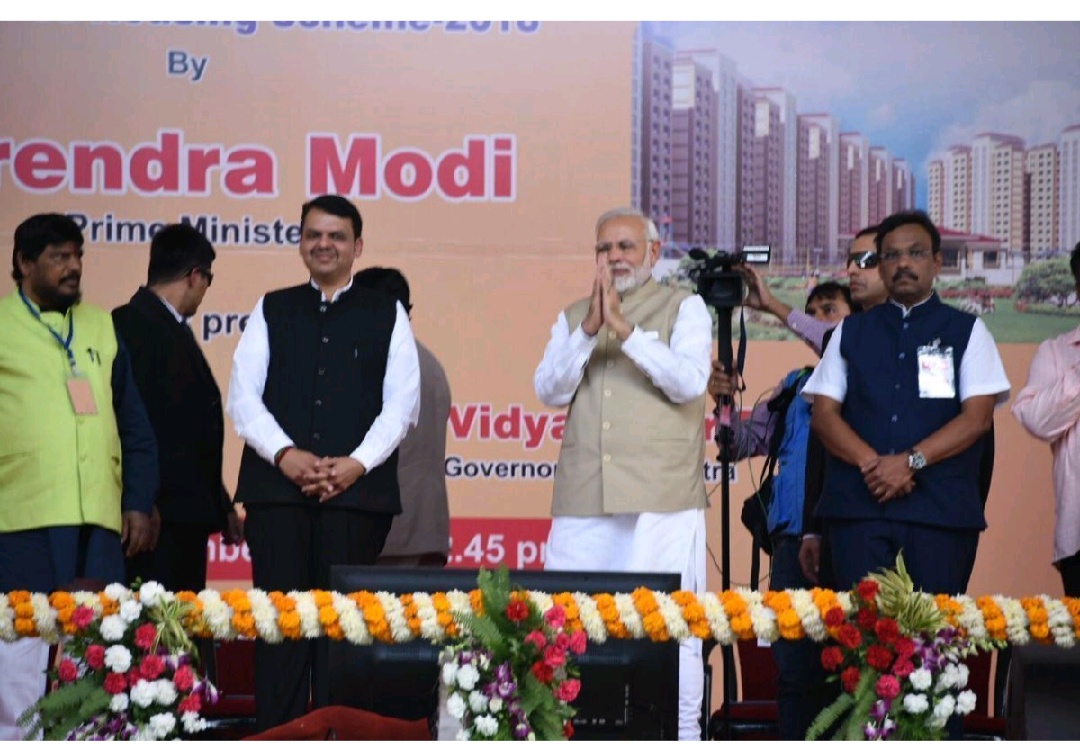 Prime Minister Narendra Modi Ji, in his recent visit to the state, laid the foundation stone to launch infrastructure and housing projects worth Rs. 41,000 crore. In Kalyan, PM Modi laid the foundation stone of two metro corridors -Thane-Bhiwandi-Kalyan metro and Dahisar-Mira-Bhayander metro. Furthermore, Initiating the City and Industrial Development Corporation’s (CIDCO) housing project for 90,000 poor and middle-class people, PM Modi said his government is planning and running schemes to raise the lifestyle of the poor. The housing scheme offers around 89,771 affordable homes under the Pradhan Mantri Awas Yojana. The estimated cost of two metro projects has been pegged to be of more than Rs. 33,000 crore, while housing projects for more than 90,000 poor and middle-class people were launched in Thane on Tuesday.

With the Bhoomi poojan of Thane-Bhivandi-Kalyan Metro Route 5 at the hands of our PM Narendra Modi ji, the commute of the Mumbaikars is set to be a breeze. The proposed plan of 90,000 housing projects and 275 km of new metro routes, Mumbai will be the fastest city in the world!