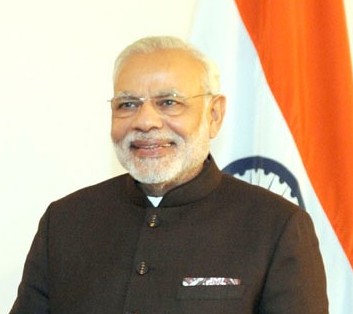 New Delhi, April 4 Prime Minister Narendra Modi, now on a visit to Saudi Arabia, will on Tuesday launch a scheme to promote entrepreneurship among the Scheduled Castes/Scheduled Tribes and women with loans in the range of Rs.10 lakh to Rs.100 lakh, official sources said here.

Named the “Stand up India Scheme”, the prime minister will launch it and a web portal for it on Tuesday in suburban Noida.

The function will be also attended by Finance Minister Arun Jaitley, union Minister for Culture and Tourism Mahesh Sharma and union Minister of State for Finance Jayant Sinha, among others, and Uttar Pradesh Governor Ram Naik.

“The scheme is expected to benefit large number of entrepreneurs, as it is intended to facilitate at least two such projects per bank branch of scheduled commercial banks on an average, one for each category of entrepreneur,” an official said.

The scheme will also facilitate refinance window through Small Industries Development Bank of India (SIDBI) with an initial amount of Rs.10,000 crore, the official announcement said.

The overall intent of the proposal is to leverage the institutional credit structure to reach out to these under-served sectors of the population by facilitating bank loans in the non-farm sector, sources said.

The prime minister on August 15, 2014, launched the Pradhan Mantri Jan Dhan Yojana (PMJDY) for Banking for the Unbanked scheme.

Similarly, Pradhan Mantri MUDRA Yojana (PMMY) was launched by Modi on April 8, 2015 for “Funding the Unfunded” by facilitating loans up to Rs.10 lakh.