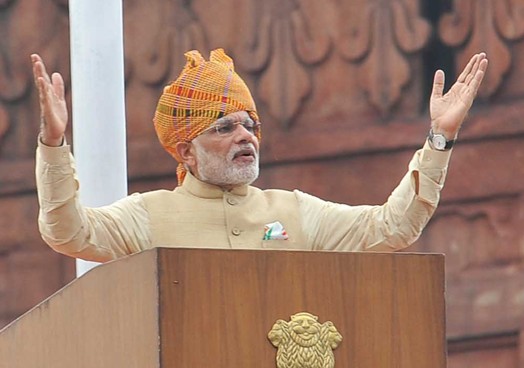 Current News
September 17, 2015 sarkarimirror a leader of the Bharatiya Janata Party, Editor-in-Chief New Delhi Narendra Damodardas Modi is the 15th and current Prime Minister of India, in office since 26 May 2014. Modi

Narendra Damodardas Modi is the 15th and current Prime Minister of India, in office since 26 May 2014. Modi, a leader of the Bharatiya Janata Party, was the Chief Minister of Gujarat from 2001 to 2014 and is the Member of Parliament from Varanasi.

MODI dynamic personality have not only garnered attention in its own nation INDIA but worldwide too.His initiatives of Swachh Bharat ,Make in India may have remain controversial among masses but the fact is lot of people today have came to know the importance of cleanliness and when the PM himself talks about this certainly many people got influenced by the initiatives Mr. Modi took .

Internationally too wherever Narendra Modi have traveled ,the people gathered in masses to have a glimpse of this leader as he is  the one prime minister  who after so many years of rule by congress ,get connected with the Indian living abroad and these gatherings of people from Indian community left a mark of greatness of this person on the international community too.

Whereas in the last 15 years so the then prime minister’s of India has just traveled internationally to attend meets but Narendra Modi is the Prime Minister who took INDIA to them and opened so m any investment avenues for international countries to associate with India in one or the other way.

INDIA crtainly is moving forward under the able leadership of this strong leader Narendra Modi ,the results of which will be seen soon in the coming times.

I personally and the staff of SARKARIMIRROR.COM wish the respectable Prime Minister a Happy 65th Birthday.