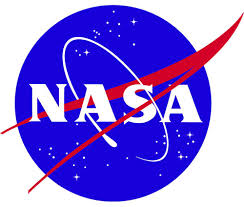 Washington, Sep 1  NASA and the US Agency for International Development (USAID) have launched a joint project to strengthen regional environmental monitoring in five countries in the lower Mekong region of Southeast Asia.

Called SERVIR-Mekong, the project is housed at the Asian Disaster Preparedness Center in Bangkok, Thailand.

It joins a growing global community of scientists and decision-makers using publicly available data from space assets to address critical regional issues, the US space agency said in a statement.

“Today, NASA demonstrates the human impact of its science mission here on Earth and our commitment to protecting the resources, the environment and millions of people living, working and raising new generations of pioneers and innovators across the region,” said NASA administrator Charles Bolden.

NASA, USAID and their partners operate SERVIR hubs in Kathmandu, Nepal and in Nairobi, Kenya, serving eastern and southern Africa.

Researchers draw on a continuous stream of space-based climate, weather and other Earth observation data from NASA and its partners, sharing timely information with governments and researchers in Myanmar, Cambodia, Laos, Thailand and Vietnam.

They addressed issues such as water management, land use planning, disaster risk reduction and management of natural resources.

Hubs in each region focus on issues and needs most critical to local populations.

“Under SERVIR-Mekong, we are tapping into the best available science and technology to help protect this region’s vital ecosystems and the benefits they provide to society,” noted Beth Paige, director of USAID’s regional development mission for Asia.

“Already, Asian scientists, NASA scientists and others are beginning to develop tools to build resilience and contribute to tackling some of the region’s most pressing challenges,” he said.

SERVIR was developed in coordination with the Group on Earth Observations, an alliance of more than 90 nations and organisations collaborating to build a global Earth-observing system to benefit society’s needs.Courtesy: Agencies