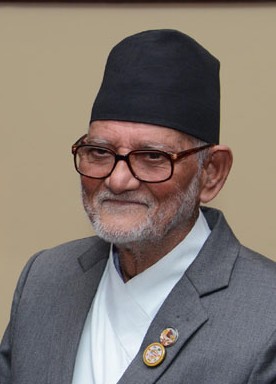 Koirala himself will be present at the airport to welcome Prime Minister Modi, Nepali Congress leader Amaresh Kumar Singh, who is close to Koirala, said.

The government of Nepal will present a guard of honour for Modi as he arrives from Delhi, leading around one hundred-member delegation which includes key ministers, senior government officials, business leaders as well as journalists.

During his stay here, Modi will call on President Ram Baran Yadav, hold talks with Koirala and other senior political leaders representing all major parties.

Modi is also scheduled to offer special prayer at the Pashupatinath temple. He will visit the temple on Monday (August 4) of the month of Shrawan as per the Hindu calendar, which is regarded as holy occasion for the Hindus.

Special security is being arranged in Pashupati and cleaning campaign has been launched in the temple premises. Prime Minister Koirala is having parleys with the senior leaders of three major political parties for the second time in two days for fixing the agenda to be discussed during Modi’s visit and making necessary preparations for the visit.

Modi will arrive in Sunday morning on a chartered flight, accompanied by senior ministers and government officials. According to Foreign Ministry sources here, Modi will attend a luncheon hosted by the Indian embassy where he will also get chance to talk to political leaders will informally.

On the same day, Prime Minister Koirala will host a state banquet for Modi and other visiting delegates. In 1997, then Prime Minister I K Gujral had visited Nepal. The last Indian Prime Minister to visit Nepal was A B Vajpayee in 2002 for a SAARC summit.