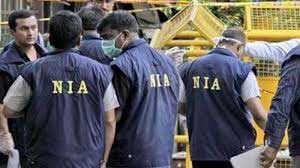 In Uttar Pradesh, where it conducted joint searches with the state’s Anti-Terror Squad (ATS), five persons were detained in Amroha district.

The agency recovered one pistol and a grenade launcher besides jihadi literature.

An official source said that one of the alleged module heads Suhail was detained with one pistol and explosive material from Amroha. Parallel raids were conducted in Simbhaoli, Lucknow and other places.

In east Delhi’s Jafarabad area, the NIA carried out searches along with the Delhi Police’s Special Cell and recovered seven pistols and swords.

According to the NIA sources, there were five such teams in Delhi which were planning attacks on important offices in the national capital.

The NIA source said that questioning of those nabbed would reveal vital information about the module, their plans and