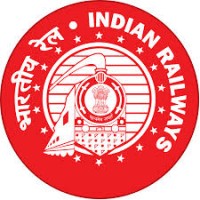 The Indian Railways is starting a new train Mahamana Express from Prime Minister Narendra Modi’s parliamentary constituency Varanasi from Friday. Mahamana Express would be the second train of its type. It would chug between Varanasi in Uttar Pardesh and Vadodara in Gujarat.

The first Mahamana Express with plush interiors all built under the ‘Make in India’ project, is currently running between Varanasi and New Delhi, the official said.

The new train will start from the Varanasi Cantt railway station. It has stops at Chivki in Uttar Pradesh, Jabalpur and Itarsi in Madhya Pradesh, Bhusawal and Jalgaon in Maharashtra and Surat and Vadodara in Gujarat.

he Varanasi-Vadodara Mahamana Express will leave Varanasi at 0615 hours on Friday and reach Varodara on Sunday morning.From Vadodara the train will run every Wednesday.

The new rake of the train has already reached Varanasi, the officials stated It has one AC-Ist class coach, two Tend AC, eight sleeper coaches, four general coaches, one pantry car and two guard brake vans. There is no AC-3 tier coach in the train.