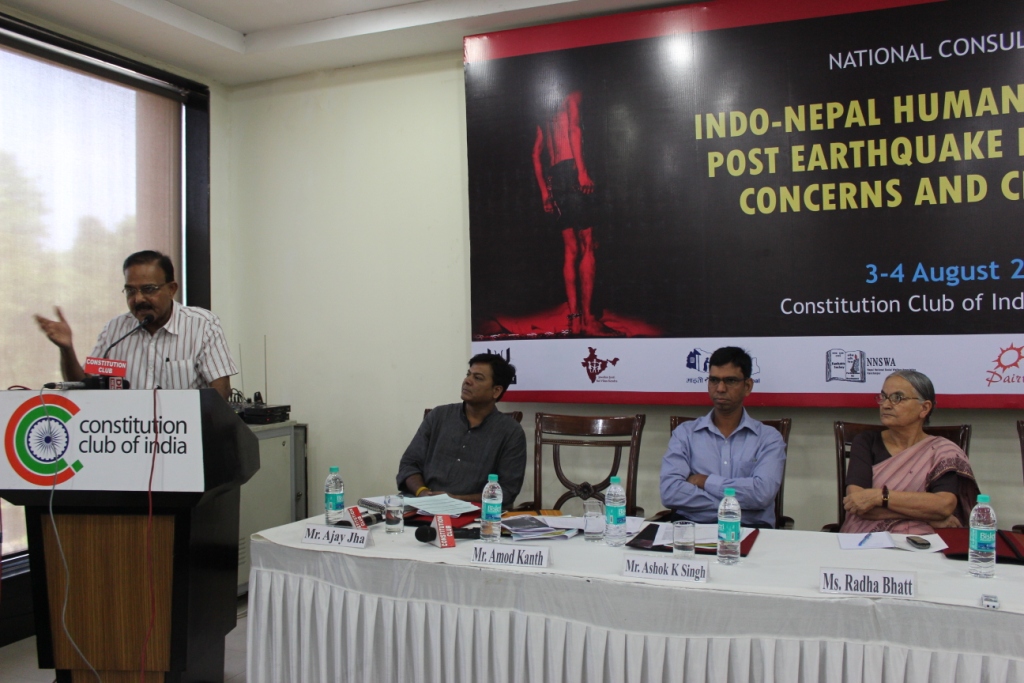 NGOs asked the government of INDIA and Nepal to being stronger laws and improved implementation of the laws to curb human trafficking along the Indo-Nepal border. In a consultation on Indo-Nepal Human Trafficking; post earthquake perspective” organized by PAIRVI on 3rdAug at Constitution club where more than 50 organizations working on human trafficking in India and Nepal participated. Dinbandhu Vats from PAIRVI said that Trafficking has risen sharply after the earthquake in Nepal and girls and women are being lured to sex trade on the false promises of giving them job and marriage. These girls are sold at various destinations in India, Pakistan, West Asia and China etc. He said that PAIRVI organized consultations in bordering states of Nepal, which attested the fact that migration and also trafficking has seen a spurt post earthquake. Mr. Amod Kanth, from Prayas said that Prayas estimates that 1001 children have been rescued in the last 4 years, and NGOs on both side need to work intensively to curb human trafficking. Mr. Ashok Singh, DIG, SSB said that SSB has rescued over 100 victims after the earthquake, however, the rate of conviction has been very low due to loopholes in the law. Ms. Radha Bhatt from GPF said we also need to look into core reasons of fractured social fabric where father sells the daughter, and brother sells the sister without any compunction. Mr. Murari Kharel, Regional Director of the NHRC, Nepal shared the NHRC Nepal’s efforts in curbing the human trafficking and expected increased political response and cooperation from India. Ashok Bikram Jairu (Nepal National Social Welfare Association) representing an Indio-Nepal joint operation group of the CSOs, said that they have been working at both source and destination at various places in Nepal and India but have faced difficulties in rehabilitation from India.  Rashikant from Shaktivahini said that Ministry of Home Affairs took very strong safeguards in the wake of earthquake. The government of UP also took strong measures to curb human trafficking. The things have improved to quite an extent and we should be hopeful that the things would improve. 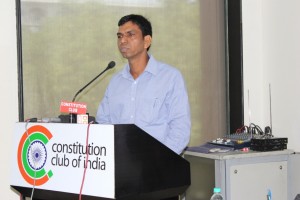