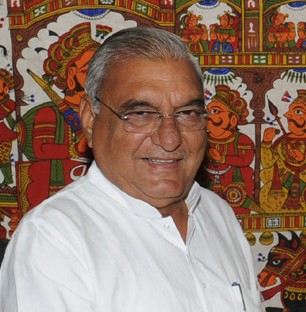 New Delhi: Haryana Chief Minister Bhupinder Singh Hooda today said his government has nothing to do with the land deals involving Robert Vadra and those making such allegations can approach the Lokayukta to probe the matter.

“Haryana Government has nothing to do with it (land deals). Whoever is saying this, is misleading. If anybody can prove that even an inch of government land (was used) then I am ready to leave my post today. They can even appeal in the Lokayukta,” Hooda said.

“They (Hooda government) know that after the elections, the son-in-law (Vadra) will not get any clearances for illegal deals. So, in between the election process, they have dared to take such a decision,” Modi said.

“I think Hooda was pressurised from the top (Congress leadership) to take such a decision,” he added. Courtesy-Agencies (PTI)