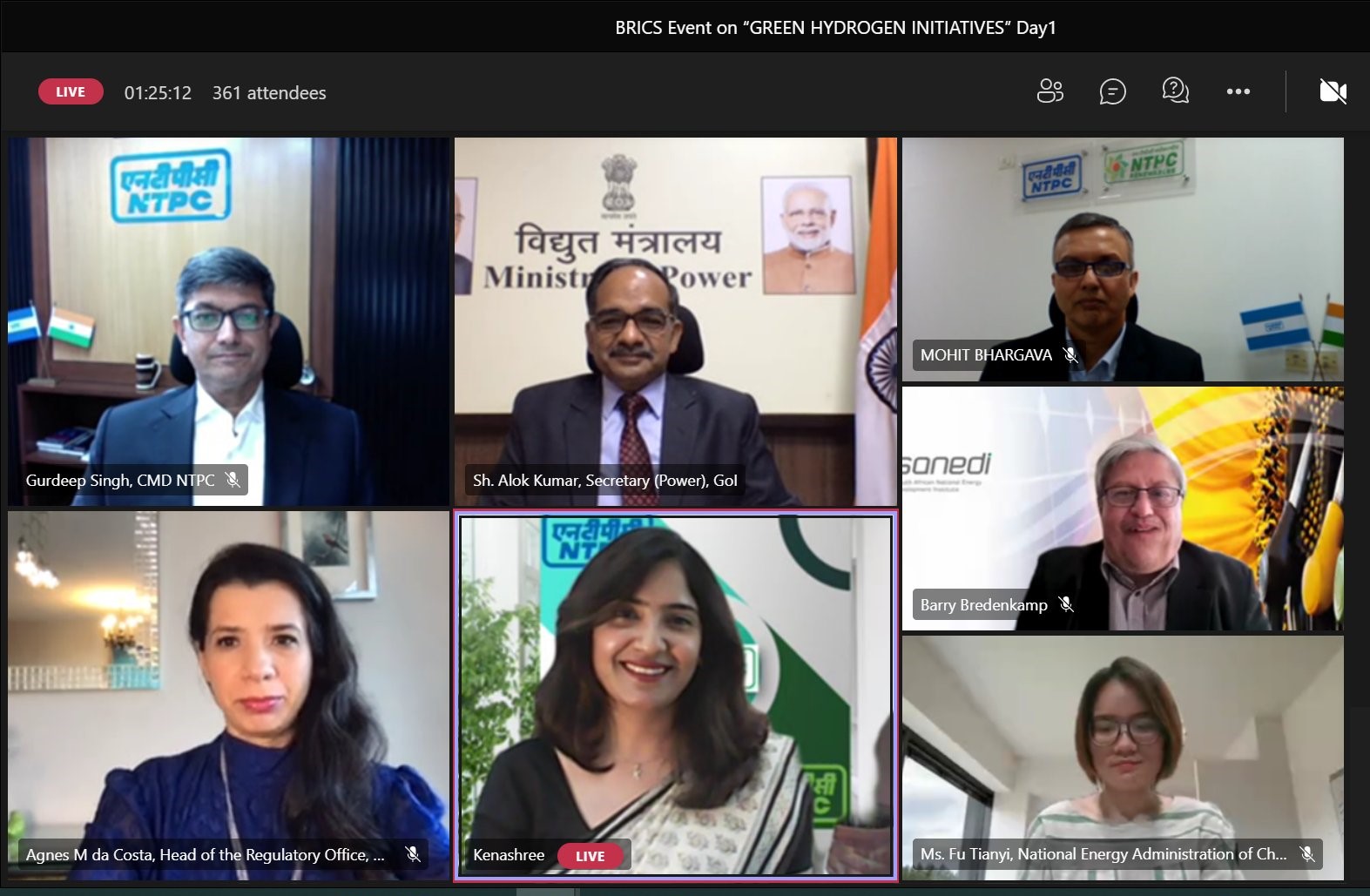 New Delhi, 23rd June, 2021: NTPC Ltd, India’s largest energy integrated company anchored a two day workshop on Green Hydrogen, one of the most popular and demanding fields in the current times and considered to be the next carrier of energy.

The online event saw leading experts from the Brazil, Russia, India, China, South Africa (BRICS) countries share their insights and professional views on the subject as well as the latest developments going on in their countries in the area of green hydrogen.

Shri Alok Kumar, Secretary Ministry of Power, in his key note address said, “Government and industry must work together to ensure existing regulations are not an unnecessary barrier to investment. Trade will benefit from common international standards for the safety of transporting and storing large volumes of hydrogen and having appropriate certificate of origin. BRICS countries could work together on these aspects.

During the welcome remarks, Shri Gurdeep Singh, CMD, NTPC ltd said, “Five BRICS countries share a common vision of sustainable development and inclusive economic growth. Strengthening energy cooperation and ensuring affordable, reliable, accessible and secure energy for all, has always been a strategic area of importance in the agenda of BRICS countries.”

“For India, the transition to a hydrogen economy will not only reduce India’s import dependency on hydrocarbon fuels but also provide clean air to its citizens, reduce GHG emissions in absolute terms and fulfil India’s Atmanirbhar Bharat vision,” he added.

These BRICS countries are capable of ensuring that there is net-zero carbon emission since the cost of deployment of these emerging technologies in these countries is a fraction in comparison to that of other developed countries. The prevention of CO2 will have a worldwide positive impact.

NTPC has been a key driver in India’s growth story and is leading the way towards a new energy economy. The state run power major is pioneering Green Hydrogen Initiatives in India. NTPC which is undertaking extensive study, experimentations in the areas of Carbon Capture & Hydrogen has also announced a few pilot projects on Green Hydrogen to this.

Green hydrogen is of great topical interest to all the countries including BRICS as it has a great amount of potential to ensure sustainable energy supply, increase the level of energy availability and minimise the negative impact on the environment.